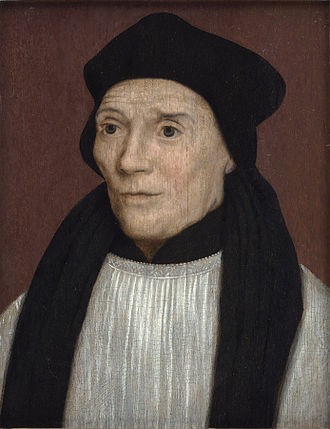 Saint John Fisher (October 1469 – 22 June 1535) was an English Catholic Cardinal-Priest, Bishop, and theologian. He was a man of learning, associated with the intellectuals and political leaders of his day, and eventually became Chancellor of the University of Cambridge.

Fisher was executed by order of Henry VIII during the English Reformation for refusing to accept the king as Supreme Head of the Church of England and for upholding the Catholic Church’s doctrine of papal primacy. He was named a cardinal shortly before his death. He is honoured as a martyr and saint by the Catholic Church. He shares his feast day with St. Thomas More on 22 June in the Roman Catholic calendar of saints and on 6 July in that of the Church of England.