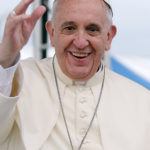 Pope Francis has been interviewed by Austin Ivereigh and commented on “this extraordinary Lent and Eastertide, taking place during a worldwide pandemic, could be a moment of creativity and conversion for the Church, for the world and for the whole of Creation.”

The Tablet interview – The Pope says the pandemic can be a “place of conversion”.

An interesting read from Pope Francis

‘Evangelii Gaudium – The Joy of the Gospel’ 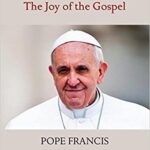 This is an “Apostolic Exhortation” – the first publication in his Papacy.  It formalised and made official many of the views that he had vocalised in previous sermons and interviews since his election as Our Holy Father on 13 March 2013. 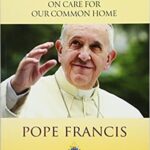 “A revolution of our hearts and minds, a transformation of societies and lifestyles, to live in harmony with God’s creation. Everything is connected.”  (Para 91).

Pope Francis calls for us to examine our hearts, positively adjust our social values and take action for global solidarity. He calls us to live in harmony with God’s creation. “We can co-operate as instruments of God for the care of creation, each according to their own culture, experience, involvements and talents. “(para 14).

With global inequality as it’s central theme, as the poor are most affected by climate change and ecological imbalances but yet are the least responsible, Pope Francis highlights how the continuing unfair and unequal distribution of common goods such as food and natural resources prolong poverty and the worsening of the climate crisis.

With global inequality as it’s central theme, Pope Francis highlights how the close relationship between “the poor and the fragility of our planet” requires an integrated approach to find a solution.

With global inequality as it’s central theme, Laudato Si’ identifies that many lines of approach are required:

In summary, we need to combat poverty, reach out to include the excluded and simultaneously protect the earth – our home.