Masses this week will be at 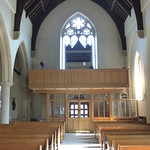 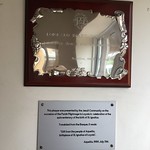 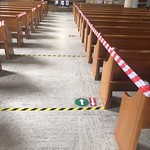 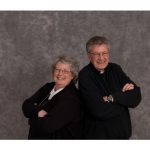 Father Michael Tuck began his ministry as parish priest of Sunbury-on-Thames in January 2006 – it is difficult to believe it is over ten years ago. His thirty years’ experience as a parish priest in the Diocese (before he joined us) included his previous parish of Heston since 1991, with spells before that in West Drayton and Perivale.

Father Michael was born in Ashford, Middx and brought up in Chiswick. His milestones include going to Rome to study for the priesthood in 1957 and being ordained Priest on 27th October 1963. His first appointment was to Marylebone, where he was also Chaplain to the Cardinal Vaughan School. Then in 1970 he moved to Homerton in the East End. From 1974 until becoming a parish priest he did a spell in Holloway (parish!).

During his time at St Ignatius Father Michael has worked most successfully to achieve his stated aim when he joined us – to involve all age groups in the life of the parish, and to facilitate many and varied opportunities for the community to come together. He celebrates Masses for St Ignatius Primary School and St Paul’s College. It is frequently said of him ‘he does a good Funeral’ which can only reflect the effort he takes to make sure that each funeral is a meaningful experience for those who are grieving. He would like to clear the parish debt before handing over to a ‘new man’. The Liturgical Year together with the preparation for, and celebration of, the Sacraments lie at the heart of his priesthood.

On October 27th 2013 Fr Michael celebrated his Golden Jubilee of Priesthood. Cardinal Vincent Nichols, who was present at Fr Michael’s Ordination in Rome 1963 was here as the Main Celebrant. Many priests from across the Diocese joined us during three days of Celebration. The whole Parish was involved and it was a wonderful occasion for us all. The priests’ rendition of ‘Ad Multos Annos’ (to many more years) is still spoken of now. Having declined the opportunity to retire, he continues to work tirelessly for the whole parish – for which we are all extremely grateful.

Sister Liza first worked with Father Michael in 1980 and since then has developed a very successful collaborative ministry, from which our Parish is now benefiting – two for the price of one!

Sister Liza entered Religious Life in 1979 and immediately began nursing the physically handicapped and terminally ill. She first became involved in parish work immediately before taking her Vows. While at the Convent in Ealing she was introduced to Father Michael and spent six months working alongside him. After taking her Vows, Sister moved to Gerrard’s Cross and went back to nursing, but continued to help Fr Michael with Sacramental preparation.

At the initiative of Bishop Gerald Mahon, in 1986 Sister joined Father Michael at St Catherine’s Parish in West Drayton as the Parish Sister there. After five happy years, they were both appointed to Our Lady, Queen of Apostles Church, Heston, where they remained working together for fourteen and a half years until their arrival here in Sunbury.

Sister Liza’s ministry has enriched our parish. She works tirelessly leading teams of catechists preparing candidates for the Sacraments. Since her arrival here she has resourced the Children’s Liturgy Groups that gather each week.  She also works with adults on the RCIA programme. She always makes herself available to anyone who needs advice. Her previous nursing experience frequently proves very useful.  She has vast experience in dealing with all sorts of problems and concerns. Sr Liza’s special love lies in developing the liturgy for the parish and is the driving force behind producing those wonderful orders of service for special occasions that helps make the liturgy more accessible to everyone.

On the occasion of Fr Michael’s Golden Jubilee, Cardinal Vincent Nichols presented Sister with the Diocesan Medal ‘Duc in Altum’ (pay out into the deep). The accompanying citation reads:

‘In recognition of three decades of tireless work for the spiritual, sacramental, liturgical and pastoral good of several parish communities within the Diocese of Westminster, in particular the Parish of St Ignatius, Sunbury-on-Thames. The Diocese recognises her special charism in preparing the young for the Sacraments and her invaluable counsel for the welfare of all in the Parish.’

Long may we continue to benefit from the collaborative ministry of Fr Michael and Sr Liza.