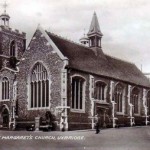 Uxbridge has now been swallowed up by Greater London but it was originally an important market town in west Middlesex, situated on the London-Oxford road. Its first church, dedicated to St Margaret of Antioch and still standing in the town centre, dates from at least the thirteenth century. 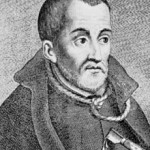 Following the Reformation, some Catholics secretly practised their Faith in the area. In October 1580, for example, St Edmund Campion, Fr Robert Persons and other Jesuits working in England met at William Griffiths’ house (‘Southlands’), near Uxbridge, to discuss the mission. One result of this ‘Uxbridge Conference’ was the writing of Campion’s celebrated Rationes Decem (Ten Reasons), aimed at non-Catholics, and the establishment of several clandestine printing presses to produce apologetical works.

Another notable Catholic centre was ‘Moorcrofts’, a name still found locally (‘Moorcroft Lane’, ‘Moorcroft Park’). The house that once stood there belonged to the Catesby family, one of whom was a conspirator in 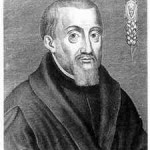 the Gunpowder Plot, and was briefly used as the headquarters of Fr Henry Garnet, the Jesuit superior in England. After the dramatic escape of the Jesuit priest, John Gerard, from the Tower of London on 4 October 1597, he rode to Uxbridge with St Nicholas Owen, a lay brother who specialised in making hiding holes for priests. They had dinner with Fr Garnet at Uxbridge and, as Fr Gerard later recalled, ‘the rejoicing was great. We all thanked God that I had escaped from the hands of my enemies in the name of the Lord’.

In March 1598 the Jesuit Oswald Tesimond arrived in England with Ralph Ashley and visited Moorcrofts where ‘we were received with the warmest welcome and the greatest charity imaginable’. Several days after word arrived from London that ‘the Privy Council had had notice of that house and that without doubt the Queen’s officers would come to search it that very night’. Tesimond was impressed by Garnet’s great calm, proving himself ‘to be an old soldier and experienced captain, accustomed to such assaults’. Garnet ‘gave orders to hide in the hiding-places which had long since been prepared for such an occurrence, everything that could show that the house belonged to Catholics: as books, altar vestments, pictures and everything of the sort; and then stowed away all things of greater value’.

Jesuits were also active in the Buckinghamshire village of Denham, just outside Uxbridge, in the mid-1580s. Under the leadership of Fr William Weston, a group of priests (including the martyr Blessed John Cornelius) celebrated a number of public exorcisms to prove to the people the power of the Catholic Faith. Denham was the epicentre of this rather unusual form of evangelisation, but another location was the house in Uxbridge of a certain ‘Hughes’. The exorcisms, which were sensationally reported in a book by the anti-Catholic Samuel Harsnett, inspired Shakespeare for a scene in King Lear.

Apart from some disturbances caused in 1688 by Irish members of James II’s disbanded army, there is no further evidence of Catholicism until 1706, when two papists, one living in Uxbridge and the other in Hillingdon, are mentioned in a parochial return. Then, in 1812, the body of Lady Mary Elizabeth Nugent, the Catholic Marchioness of Buckingham and Baroness Nugent of Carlanstown, rested in Uxbridge on its way to burial at Stowe. The Office for the Dead was recited and a Requiem celebrated in the mortuary chapel.

The Beginning of the Modern Parish 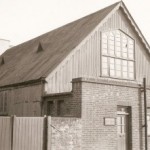 The history of the present parish starts with the foundation of a mission at West Drayton in 1867 by Fr Peter Francis Elkins. His successor was Fr Michael Aloysius Wren, originally from County Armagh and the first priest to be ordained by Cardinal Manning. Fr Wren built a beautiful church at West Drayton dedicated to St Catherine of Alexandria, which was opened by the Archbishop in September 1869. The church was the only one in the area and any Catholics living in Uxbridge had to make the three mile walk each Sunday. Luckily, as time went on, they could use new forms of public transport. The entry for West Drayton in the Catholic Directory for the years 1889 – 1892 notes the ‘trains from and to Uxbridge before and after 1st Mass on Sunday’. 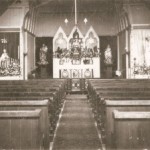 Eventually it was decided to create a separate mission in Uxbridge. At Mass on 24 January 1892, just after the death of Cardinal Manning, Fr Wren recalled to mind that ‘he had had the privilege of being the first to receive the sacred unction of the priesthood from the venerable hands of the late prelate’. He also informed his hearers that one of the last official acts of his Eminence was to sanction the opening of a new mission at Uxbridge, and that when he first spoke of the necessity of this work to the Cardinal, he expressed his great sympathy with the project, saying with emphasis: “I rejoice to hear it, Uxbridge and Hillingdon have been in my mind for many years.” And when, about three weeks ago, he saw Cardinal Manning for the last time, as it proved, his Eminence showed such a lively and personal interest in the work that he expressed a desire to be named as co-lessee in the lease of the proposed site for the new temporary church.

Fr Wren bought a presbytery at 37 Lawn Road, next to which a temporary church was built of corrugated iron, dedicated to Our Lady of Lourdes and St Michael. St Mary’s School was also founded on Rockingham Road. Fr Wren was helped by his nephew John, who acted as his assistant priest. They covered an extensive area, including the modern Catholic parishes of Ruislip and Hillingdon.

The mission grew from strength to strength and by 1907 the congregation numbered 150, with school attendance at 60. In time plans were made for a larger, more permanent church. This was the brainchild of Fr Thomas Moloney, who bought the current presbytery and acquired the land that stood at the back so that a church could be built. The foundation stone was eventually laid on Low Sunday 1931 by Archbishop Alban Goodier, an English Jesuit who had been Archbishop of Bombay between 1919 and 1926. The new church was designed by the diocesan architect, T. H. B. Scott, whose other churches included those at Cricklewood, Hendon, Muswell Hill, Parsons Green and Shoeburyness. It was built of brick in the Romanesque style, seating 350. The church was built quickly and opened by Cardinal Bourne on 29th September 1931.

Churches can only be consecrated once the debt is cleared and this typically took decades. It is a testament to Fr Moloney’s administrative ability that Our Lady of Lourdes and St Michael was ready to be consecrated on 14 May 1936, less than five years after its opening. The ceremony was performed by Bishop Patrick Casey of Ross, a seminary classmate of Fr Moloney, and the ritual took three hours and forty minutes. 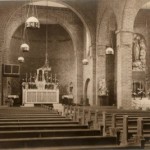 The building of the church was made possible, in part, by the generosity of the Gilbey family of Denham. The Gilbeys were well known wine merchants and (from 1872) distillers of gin. William Crosbie Gilbey and his wife Margarita (from the gin family of Gordon) are memorialised in a plaque near the Lady Altar and a number of Gilbeys were baptised at Our Lady of Lourdes and St Michael. Of particular interest is Peter Hubert Gilbey, baptised in 1914, who later became a Benedictine monk at Ampleforth Abbey. In 1958 Dom Gabriel Gilbey, as he was now known, inherited from his mother the title of Ninth Baron Vaux. He became the first Catholic monk since 1559 to take a seat in the House of Lords. 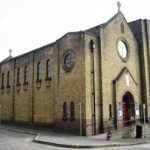 Well-known faces from the silver screen could be sometimes spotted in the congregation in the mid twentieth century, including Finlay Jefferson Currie (who played Abel Magwitch in David Lean’s Great Expectations and St Peter in Quo Vadis), Noel Purcell (The Blue Lagoon) and Mary Morris (The Thief of Baghdad, Pimpernel Smith). 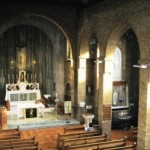 Town development in the 1960s and 70s radically altered the neighbourhood of the church. Built originally on a quiet residential street, it now became isolated from the town by the Pavilions shopping centre. However, its presence amidst the newer commercial buildings and beside a busy dual carriageway is eloquent testimony to the place of the Church in the heart of the world.

Our Parish Book; ‘Catholicism in Uxbridge: A Brief History’

Our new publication, Catholicism in Uxbridge: A Brief History, is now available for sale. This is an illustrated book outlining the Catholic history of the area going back to Anglo-Saxon times. The major focus of the book is, of course, our parish and it marks the 80th birthday of our current church. Published by St Paul’s Bookshop (beside Westminster Cathedral), copies are now available to parishioners at the special price of £4.00 from Fr Nicholas (or for the RRP of £6.95 from St Paul’s Bookshop). Thanks to all those parishioners who helped in the writing of the book. We truly have a heritage that we can be proud of! 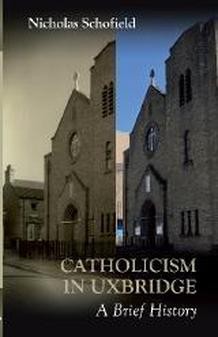