We are fortunate to have glass doors, so if you are passing the church it is possible to pause briefly for prayer, remembering Christ present here in the Blessed Sacrament. 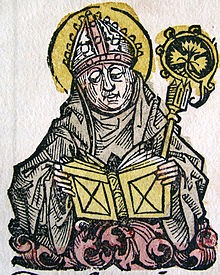 Edmund Rich had a personal sanctity that faithfully guided his dealings with the most powerful people on earth. He was unafraid to speak the truth, whether to the king of England or the pope, and he was often at odds with both.

St Edmund was born in Abingdon, on November 30, 1180 and studied at Oxford and in Paris. He was known for a faithfulness that matched his diligent study. While at Oxford, the Child Christ appeared to him while he was walking alone in the fields. In memory of what passed between him and Christ on that occasion, he used every night to sign his forehead with the words “Jesus of Nazareth”, a custom he recommended to others. Anxious to preserve purity of mind and body, Edmund made a vow of chastity, and as a pledge thereof he procured two rings; one he placed on the finger of Our Lady’s statue in St. Mary’s Oxford, the other he himself wore. He taught art and mathematics until he received a vision from his deceased mother, who encouraged him to study theology.

After receiving his doctorate in theology, he was ordained a priest and went on to teach theology and hold significant posts in the university’s administration. He was the first to teach Aristotle at Oxford, and took great interest in his students, especially if they were poor or sick. He then became canon and treasurer of Salisbury Cathedral.

Edmund dedicated almost all of his income to the poor or to the Church—he often fell into need himself because of his generosity, and his superiors scolded him for not saving more for his own support.

He was known as an eloquent speaker and effective preacher—miracles and conversions accompanied his speaking. He was also an expert in spirituality and constantly encouraged the faithful to pray. “A hundred thousand people are deceived by multiplying prayers,” he said once. “I would rather say five words devoutly with my heart, than 5,000 which my soul does not relish with affection and intelligence.”

He was known for his great self-discipline: under his clothes he wore sackcloth, and he slept only a few hours at night in order to spend time in prayer and meditation. On one occasion, he was observed levitating, consumed in prayer.

In 1233 he was named Archbishop of Canterbury (much against his wishes). He advised King Henry III and presided at the king’s confirmation of the Magna Carta in 1237. Notwithstanding the gentleness of his disposition, he firmly defended the rights of Church and State against the exactions and usurpations of Henry III. Edmund was at the centre of relations between Rome and England, and spoke truth to power on both sides. He admonished the king for having favourites in his court, and travelled to Rome to urge reforms in the Church.

Because he was so truthful and did not vary from what he saw as just and right, many people found him inconvenient. Unable to force the king to give over the control of vacant benefices, and determined not to countenance evil and injustice, Edmund saw he could no longer remain in England. Political movements forced Edmund’s resignation in 1240, and he moved to France and became a monk at Pontigny Abbey. He died later that year, on 16 November 1240, at Soisy-Bouy whilst travelling to Rome and was buried at Pontigny, and miracles at his grave were reported soon after his burial. His relics rest in the reliquary chapel in the Basilica of Pontigny. He was canonised in 1247. A few years later the first chapel dedicated to him, St Edmund’s Chapel, was consecrated in Dover by his friend, former student and chancellor, Richard of Chichester (making it the only chapel dedicated to one English saint by another). His feast is kept on November the 16th, the date of his death.

St Edmund of Canterbury, who spoke truth to both the king and the pope, pray for us!