Mass will usually be celebrated on Monday, Tuesday, Thursday and Friday at 9 am.

Face covering is now mandatory for anyone aged 11 years or above, unless they have one of the approved medical exemption.

Due to the requirements of social distancing, a maximum of 35 people (i.e. either an individual adult or adult(s) with children) are permitted to attend Mass. Once the limit is reached, no one else will be allowed into the church for the Mass. 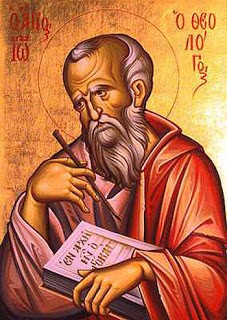 John the Evangelist was one of the Twelve Apostles of Jesus. Traditionally, he is identified as the author of the Gospel of John and other Johannine works in the New Testament — the three Epistles of John and the Book of Revelation. He is also known as John of Patmos, John the Apostle and the Beloved Disciple. Some of these latter connections have been debated since about 200.

The Gospel of John refers to an unnamed “Beloved Disciple” of Jesus who bore witness to the gospel’s message.The composer of the Gospel of John seemed interested in maintaining the internal anonymity of the author’s identity.

The apostle John was an historical figure, one of the “pillars” of the Jerusalem church after Jesus’ death. Some scholars believe that John was martyred along with his brother (Acts 12:1-2), but many scholars doubt this. Harris believes that the tradition that John lived to old age in Ephesus developed in the late 2nd century. However, the tradition does appear in the last chapter of the gospel though it assumes that John the Evangelist, John the Apostle, the Beloved Disciple mentioned in John 21 and sometimes also John the Presbyter are the same person. By the late 2nd century, the tradition was held by most Christians.