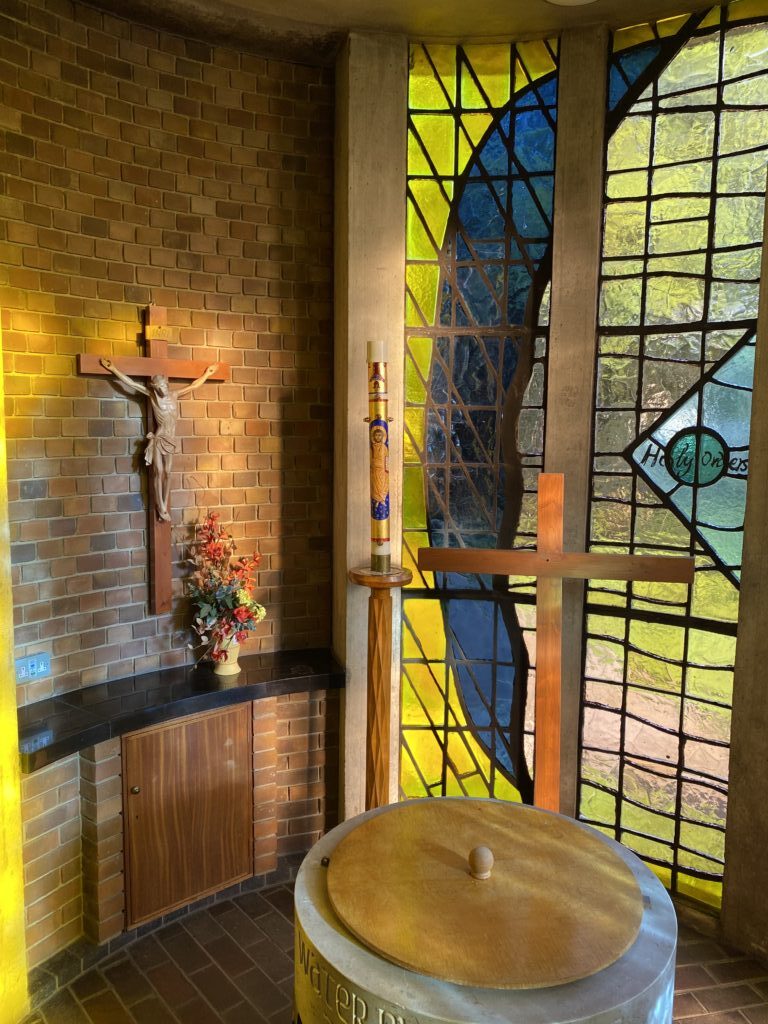 In 1958 Cardinal William Godfrey asked Fr. Philip Dayer to go to South Ruislip as parish priest of a new parish. The Cardinal kindly agreed to Fr. Dayer’s request that the parish should be dedicated to St Gregory the Great.

An extensive biography of the life of Fr. Philip Dayer can be found by clicking HERE.

The first task was the building and setting up of a primary school which was put under the patronage of Swithun Wells, soon to be canonised as one of the Forty English Martyrs. Regular daily Mass was begun in October at 53 Queen’s Walk, and at week-ends in various centres in school halls and in the Hut, put up by parishioners on the site at East Mead. 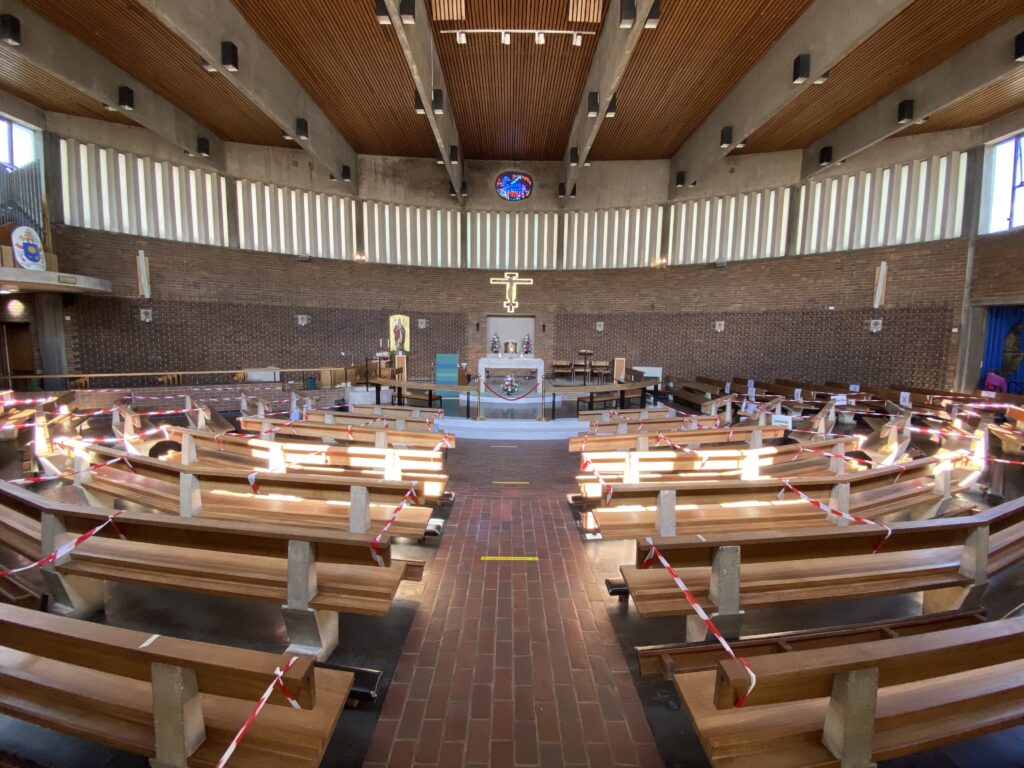 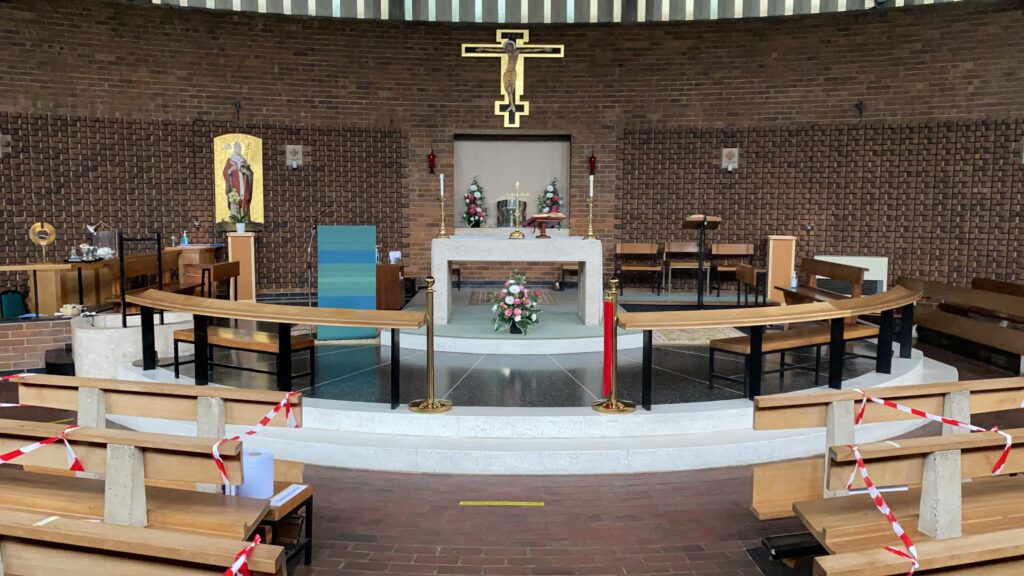 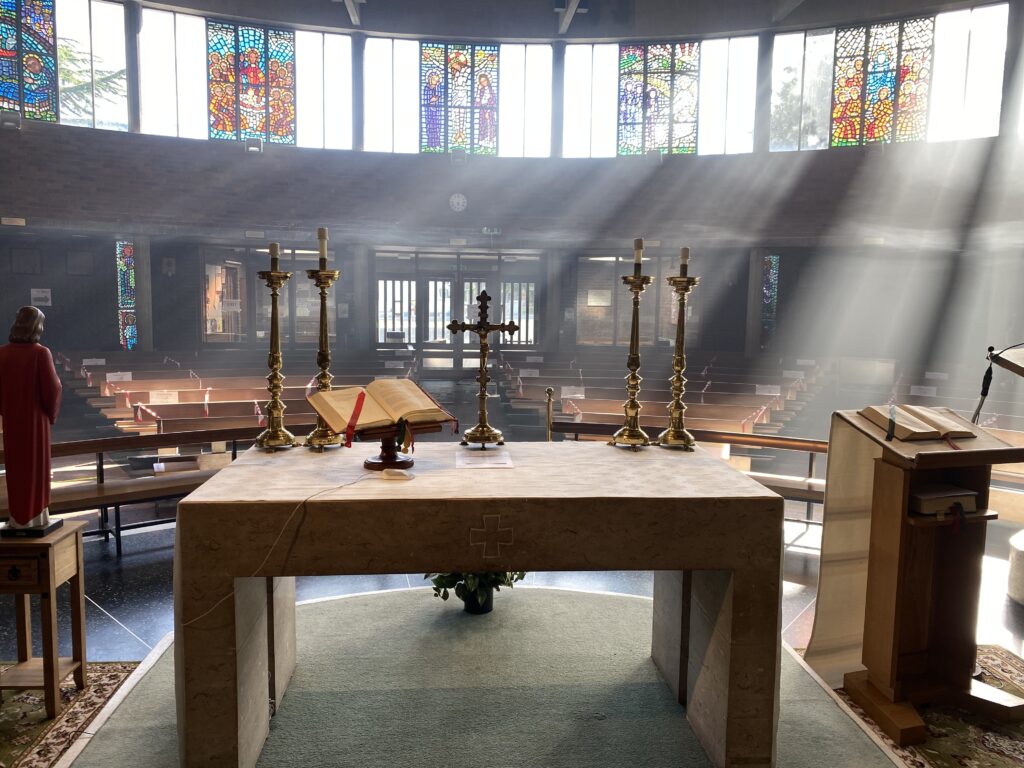 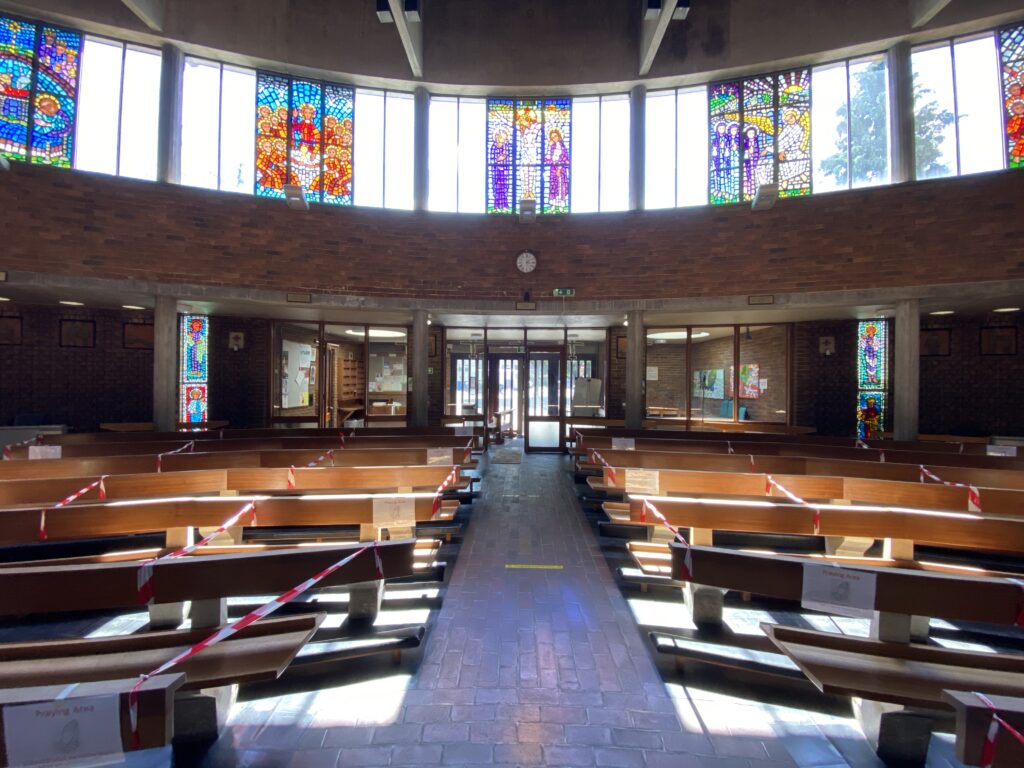 By 1965 plans for the building of a church were going ahead. Mr Gerard Goalen was chosen as architect, above all because of his sympathetic understanding of the radical changes in the Celebration of the Eucharist taking place following the world-wide discussion of Pope and Bishops in the Vatican Council.

St Gregory’s was the first church in the Westminster Diocese to have been planned and built for Mass with the priest facing the people, and according to the Council’s instructions for the ordering of churches.

The building, begun in June 1965, went on apace and was completed on schedule. Cardinal John Carmel Heenan presided over Mass to open the church on 16th April 1967. He was to come once again, as a very sick man, on All Saints’ Day, 1st November 1975, to be present for the Consecration of the church. This was his last Diocesan engagement as, sadly, he died on 7th November.

The effort to build a church called for great sacrifice and dedication from members of the new parish. Their generosity was sensational and the debt undertaken, about £70,000 (who knows how much that would be in today’s money!) was paid off in eight years, well before the agreed date. Another Diocesan record! 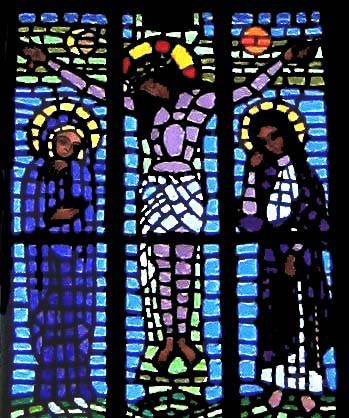 The photo to the right shows one of a series of stained glass windows commissioned for the church and made by the monks of Buckfast. They are very fine pieces of coloured glass mounted in frames. The images represented are: St Gregory the Great, The Annunciation, The Nativity, The Last Supper, The Crucifixion, The Resurrection, The Descent of the Holy Spirit, The Assumption and The Blessed Sacrament.

Another Cardinal was to visit the parish in 1983 when Fr Dayer welcomed His Emminence Cardinal Basil Hume for the celebration of the “Silver Jubilee” of the parish. Fr Dayer’s time as parish priest was followed in 1985 by the arrival of Fr Alan O’Connor.

Cardinal Hume was to visit again in 1987, the Marian Year, when he blessed the statue of Our Lady of Banneux which stands in the front garden of the church. Bannuex, in northern Belgium is a site of great Marian devotion and a popular place of pilgrimage. Tragically Fr Alan died at Christmas in 1992 and the parish mourned the loss of a dearly beloved priest. 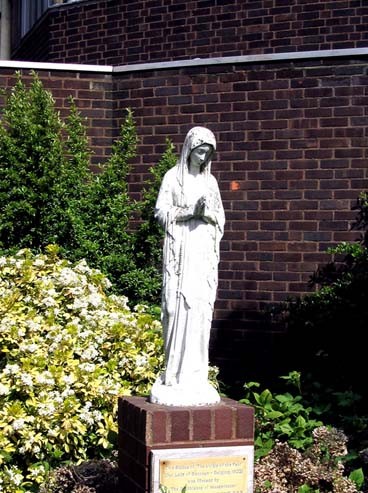 In 1993 Fr Michael Connor took over the reins and was to be parish priest for nine years until his move to St Bartholomew at St Albans in September 2002. Fr Michael, was instrumental in extending the hall and providing the church with a much needed venue for meetings, social events and the multitude of other activities that go on in a busy parish.  Fr. Dennis Touw then took over in September 2002 and served as Parish Priest until September 2013 when he moved to St. Thomas of Canterbury in Fulham.  Fr Paul McGinn, arrived in September 2013 and retired in January 2020.

Our present parish Priest Fr. Paulo Bagini arrived in January 2020 to take over a thriving and wonderful parish community.

The church continues to grow and is a haven of peace and tranquility along the busy Victoria Road.

In a world where the values of the Gospel are often disregarded, it is wonderful to find a community trying its best through prayer and action to bring Jesus Christ alive. Space, is often a problem at St. Gregory’s, with a wonderful, growing congregation – the church is often over full …….. but that is a ‘problem’ we are all too happy to have! We are blessed with a marvellous congregation of all ages, and a beautiful building in which to give glory and praise to God. 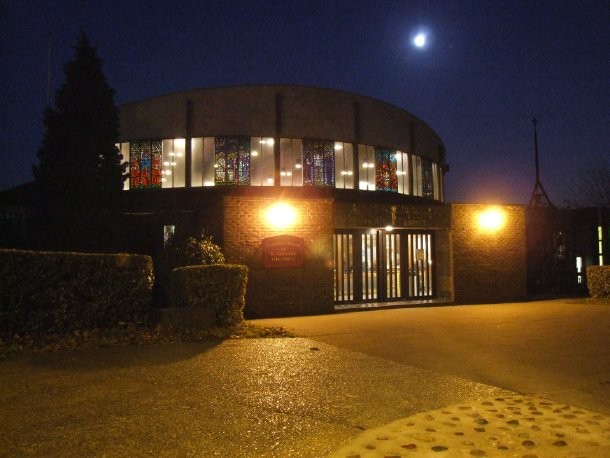 The Church of St Gregory the Great after dark

The first Mass ever celebrated in our Church took place at Midnight at Christmas 1966. The builders, taking a ten days’ break, put down temporary floor covering and supplied some heaters. During the Mass, as Fr. Dayer was saying the words of Consecration, a bee descended before his eyes, alighted on the Corporal, circled the Host and Chalice and then flew away. There are several charming and strange coincidences in this story, the sacred moment at which the bee appeared, the exact choice of the most sacred place and the fact that the bee is mentioned in St Gregory’s book of animals as a symbol of the sweetness of a community living and working in harmony.

A SUMMARY OF PARISH DEVELOPMENT