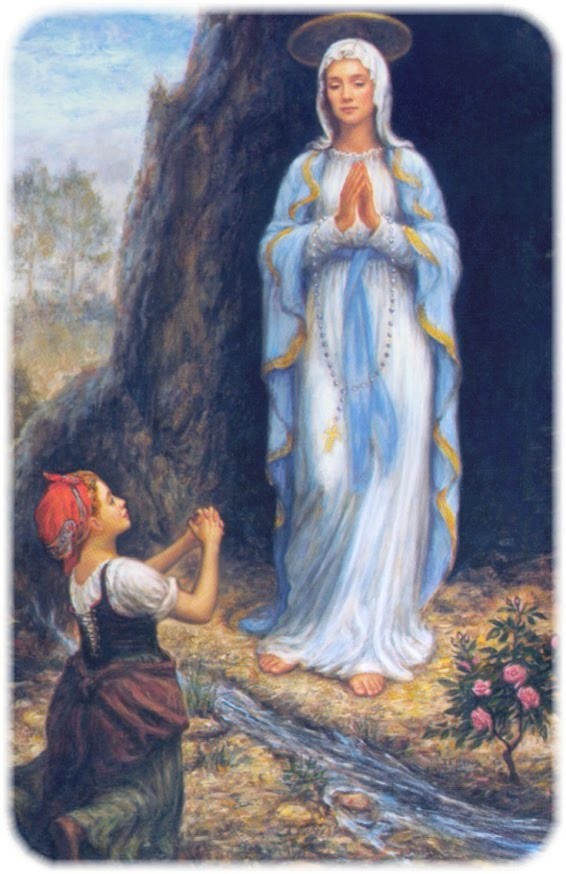 Bernadette Marie Bernarde Soubirous (7 January 1844 – 16 April 1879) was a miller’s daughter born in Lourdes, France, and is venerated as a Christian mystic and Saint in the Catholic Church.

St Bernadette is best known for her participation in the Marian apparitions of “a small young lady” who asked for a chapel to be built at a cave-grotto in Massabielle where the apparitions occurred between 11 February and 16 July 1858. She would later receive recognition when the lady who appeared to her identified herself as the Immaculate Conception.

Despite initial skepticism from the Catholic Church, her claims were eventually declared “worthy of belief” after a canonical investigation, and the Marian apparition is now known as Our Lady of Lourdes. Since her death, Soubirous’s body has apparently remained internally incorrupt, but it is not without blemish; during her third exhumation in 1925, the firm of Pierre Imans made light wax coverings for her face and her hands due to the discoloration that her skin had undergone. These masks were placed on her face and hands before she was moved to her crystal reliquary in June 1925.

The Marian shrine at Nevers (Bourgogne, France) went on to become a major pilgrimage site, attracting over five million Christian pilgrims of all denominations each year.

On 8 December 1933, she was canonized by Pope Pius XI as a Saint of the Roman Catholic Church.