DURING THE SPRING 2020 SUSPENSION OF HOLY MASS:

CHURCH IS SADLY CLOSED FOR THE TIME BEING.

MASS is offered in private by the priests (for all the Mass intentions requested).
MASS can be followed online from e.g. Bishops Stortford at: www.churchservices.tv/bishopsstortford

CONFESSIONS: ask Fr Philip (440986) at any time for an appointment, but this will have to take place in the open air (e.g. parish garden - which is sufficiently private).

See the Parish Newsletter ('The Announcer') online for more details. 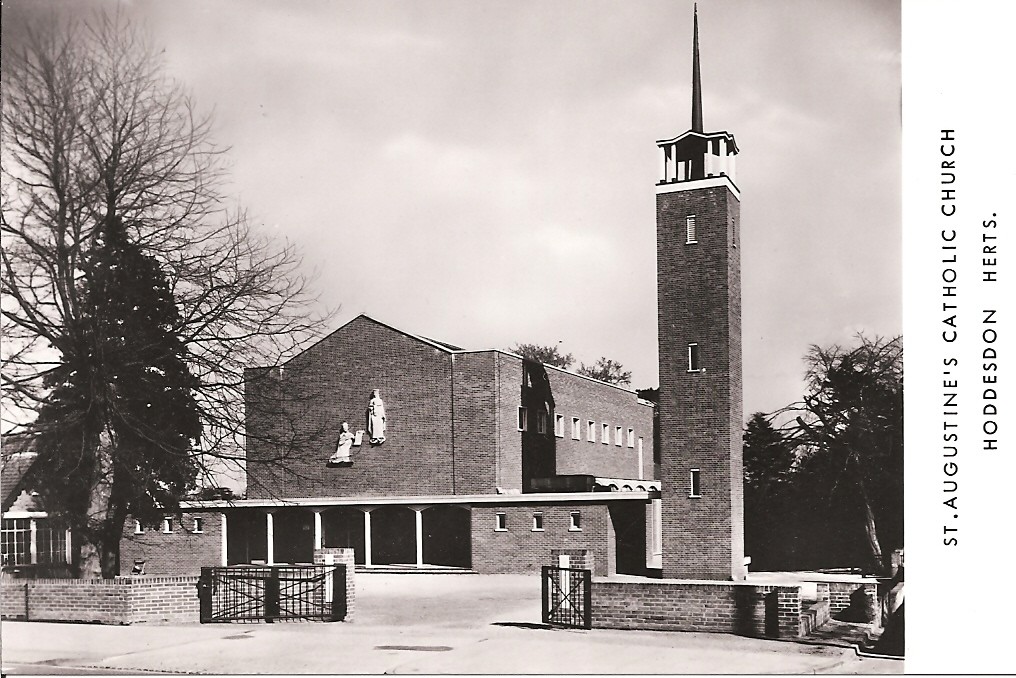 The Parish of Hoddesdon is situated in the Lea Valley Deanery.  It was founded in 1932 although there was a little mediaeval Catholic Chapel dedicated to St Catherine, which stood where now stands the Clock Tower.  This was used by pilgrims en route to Walsingham and is mentioned as early as 1242.  In 1898 an order of nuns known as the Canonesses of St Augustine moved to Rawdon House and re-named it St Monica’s Priory.  Catholics attended Mass on Sundays in the small chapel there.

In 1932, the Canons Regular of St Augustine moved into Hoddesdon and founded the parish.  In 1933 the Sisters of Our Lady opened a convent and school, St Cross.  In 1935 the parish built St Augustine’s School.

In 1958, the Augustinian canons left Hoddesdon and the Archdiocese of Westminster took over the parish.  In 1962 the new church of St Augustine was opened.  This church was reordered firstly in 1989 and secondly in 1996. 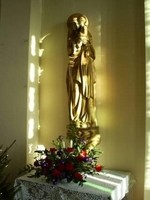 There is a wider selection of photos of our church available here.