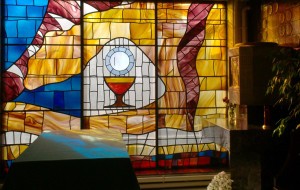 SAINT ANSELM’S CHURCH, Southall  is a wonderfully vibrant, warm and welcoming community, bursting and teeming with life in the highest ethnic minority area in the country (census 2001).

In 2001, a contract between the Diocese of Westminster and the British Jesuit Province ​placed the parish under the care of the Society of Jesus ( Facebook Jesuits in Britain; Twitter @JesuitsBritain ).

If multi-cultural churches may be said to be a “taste of heaven” on earth then St Anselm’s is a very good living example.

The parish mirrors the ethnic diversity of the wider population: 89% belong to groups other than white British; 76% belong to Asian ethnic groups with 55% being Indian.

For additional information regarding our church, please click on HERE