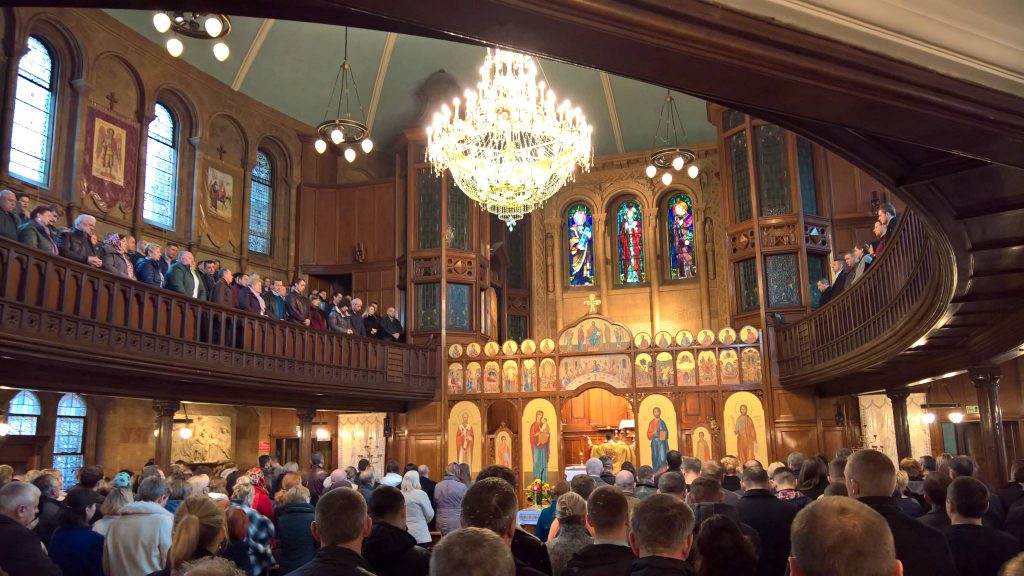 The Cathedral of the Holy Family in Exile (Ukrainian: Українська Католицька Катедра “Пресвятої Скитальчої Родини”) is the cathedral of the Ukrainian Greek Catholic Eparchy of Holy Family of London. Though independent from the authority of the Latin Rite hierarchy in England and Wales, and instead under the jurisdiction of the Ukrainian Catholic Eparchial bishop, territorially, the cathedral is considered to be part of the Marylebone deanery of the Latin Rite Catholic Archdiocese of Westminster.

It is the named after the Holy Family, during their flight into Egypt. It is located at Duke Street (off Oxford Street), Mayfair, London, England. It is open for worship daily. It was closed temporarily in 2007 when part of the ceiling collapsed, but has since been refurbished. The iconostasis created by a Ukrainian monk, Juvenalij Mokrytsky, was not affected by the ceiling’s collapse.

The building it occupies was designed by Alfred Waterhouse in 1891 for occupation by the Congregational King’s Weigh House. They sold it to the Ukrainian Catholics in 1967.