Farm Street, the Jesuit church in the Mayfair district of London, has a special place in the hearts of many people, Catholics and non-Catholics alike. For over a hundred and fifty years it has served a community drawn to this church by its reputation for spiritual and intellectual vigour. Many have regularly travelled some distance to worship in this church and to seek the help and advice of the succeeding generations of priests who have served here.
After Catholic emancipation in 1829, when the position of Catholics in England became easier, a plan was conceived on a bold and imaginative scale for a permanent Jesuit church in London. It showed extraordinary vision and courage on the part of the Superior of the English Jesuits, Fr Randal Lythgoe, to have a church built to seat as many as 900 people.

In the 1840s, the Jesuits first began looking for a location for their London church, they found this site in a quiet back street. (The name derived from Hay Hill Farm which extended in the 18 th century from the present Hill Street eastward across Berkeley Square and beyond).

This church was opened in 1849 and it was from the start a place of beauty. There have been changes in the adornment of the building and although it has expanded (through the addition of the side-altars and their chapels) the impact is much the same. Generous benefactors made it possible for Farm Street church to become a gracious and peaceful place in the 19 th and 20 th century.

From 1849 until 1966 it was simply a Jesuit church, open to the public but not the centre of worship for a parish. Sacraments such as marriage and baptism could not be celebrated in the church and the reputation of Farm Street rested on the pulpit and the confessionals. It became famous for the work of many Jesuit priests whose guidance given to those seeking advice gently led many to embrace the Catholic faith

Since 1966 the church has been at the heart of a parish in the centre of Mayfair. The Jesuit community here has always consisted of Priests and Brothers attached specifically to the church, working in other apostolates or in retirement. The Parish is more than a geographic one, attracting its congregation not only from all over London and its surrounds but visitors from all over the world. 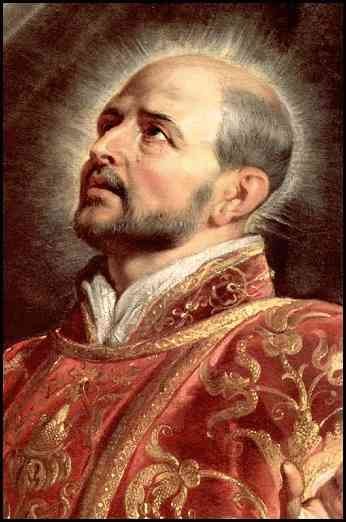 The order consists of Scholastics, the Professed, the Spiritual Coadjutors, and the Temporal Coadjutors or Lay Brothers. The Jesuit novice after two years becomes a Scholastic, and takes his first vows of poverty, chastity, and obedience simply. Some years after, at the close of a second novitiate, he takes his second vows and is ranked among the Coadjutors or Professed. The Professed are bound by a fourth vow, from which only the pope can dispense, requiring them to go wherever the pope may send them for missionary duty. The Coadjutors teach in the schools, and are employed in general missionary labors. The Society is governed by a General who holds office for life. He has associated with him “Assistants” (five at the present time), representing different provinces. The Society was first established in the United States in 1807. The Jesuits have displayed in their enterprises a high degree of zeal, learning, and skill, but, by their enemies, have been generally reputed to use art and intrigue in promoting or accomplishing their purposes, whence the words Jesuit, Jesuitical, and the like, have acquired an opprobrious sense.
Those who come forward and offer themselves to the Society of Jesus, whether to be priests or brothers, already possess great gifts and talents. Many have academic and professional qualifications. All of these are to be placed at the disposal of the Society in the service of the Church with the expectation that the Society will use them wisely.