Sunday Masses:
(Saturday 5.30 pm)
- 9 am
-11 am : Sung mass, children's liturgy
Coffee is served after both the Sunday Masses

Weekday Masses:
Monday and Wednesday - Saturday
Mass: 11 am (no mass on Tuesday)

Confession:
After the 11am mass and before the 5.30 pm mass on Saturday, and during weekday adoration.
If required, a priest is also available by arrangement with the parish office. 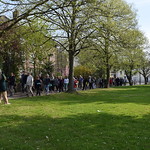 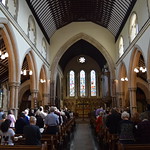 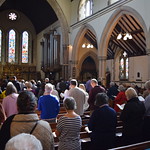 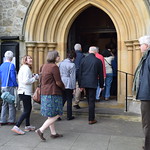 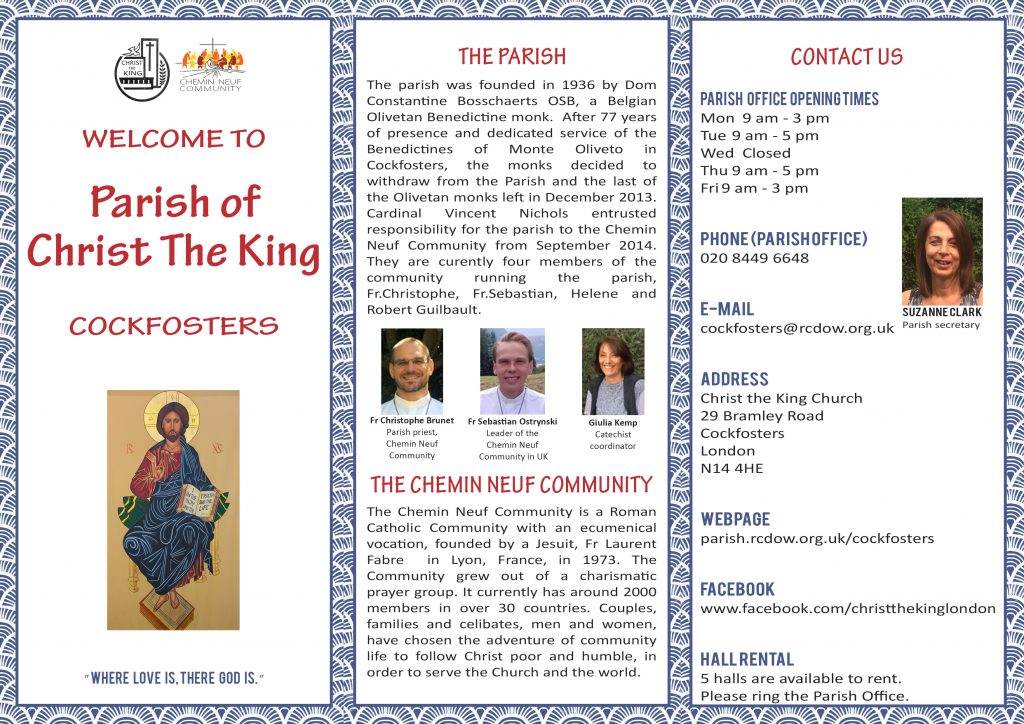 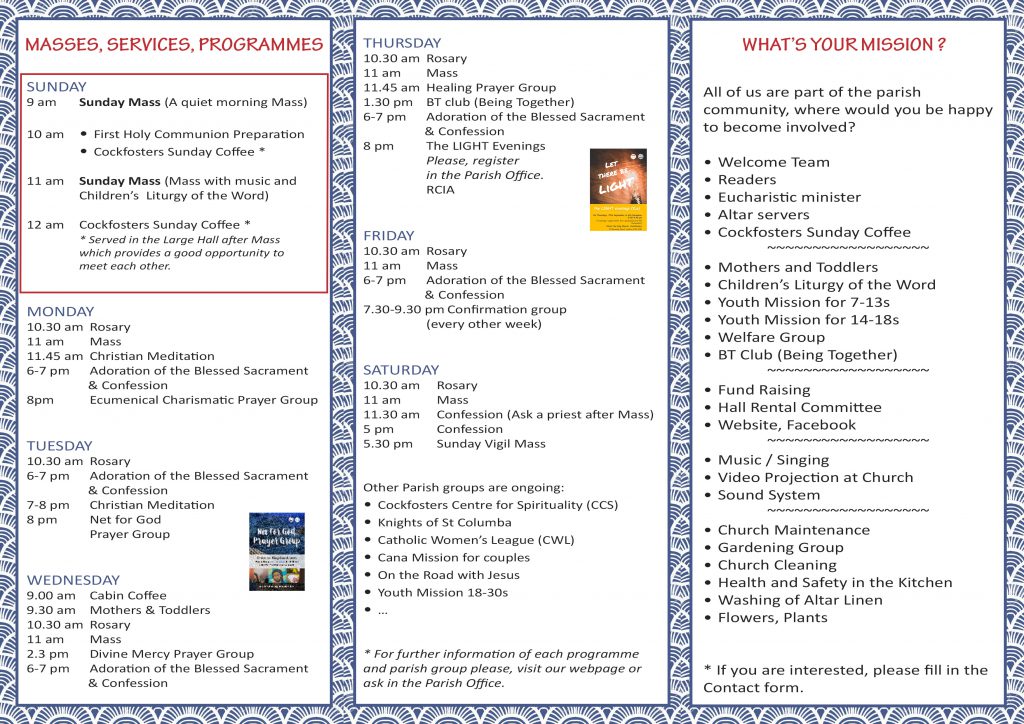 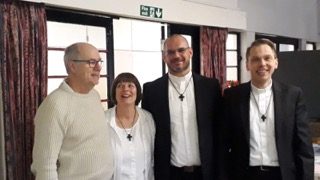 From the left: Robert Guilbault, Hélène Guilbault, Fr Christophe Brunet, Fr Sebastian Ostrynski
* * *
When the Benedictine monks left the parish in 2014, Cardinal Vincent Nichols appointed the Chemin Neuf Community to run the Parish of Cockfosters.
On 1st September 2017, Fr Christophe Brunet took over as Parish Priest from Fr Sebastian Ostrynski, who became Head of the Chemin Neuf Community in the UK, but remains in the parish. A married couple who are members of the community are resident in the parish and two families who belong to the community live in the surrounding area.
The Chemin Neuf Community is a Roman Catholic Community with an ecumenical vocation, which grew out of a prayer group in Lyon in France, in 1973.
It currently has around 2000 members in over 30 countries. Couples, families and celibates, men and women, have chosen the adventure of community life to follow Christ,poor and humble, in order to serve the Church and the world.
www.chemin-neuf.org.uk

The ground floor of our parish building is occupied by the parish church, offices and parish hall, and the upstairs is used, among other things, for the Cockfosters Centre for Spirituality  (www.cockfosterscs.org.uk) and the CAFOD Diocesan office (Cafod/Westminster).

The Parish was founded in 1936 by Abbot Constantine Bosschaerts OSB, who was also the founder of the “Vita et Pax” Foundation. After 77 years of presence and dedicated service of the Benedictines of Monte Oliveto in Cockfosters, the monks decided to withdraw from the Parish. In December 2013, Archbishop Vincent Nichols paid a visit to the parish and officially thanked Dom Bernard Akoeso OSB, the last of the Olivetan monks, for his tireless work over recent years.

History of the Parish