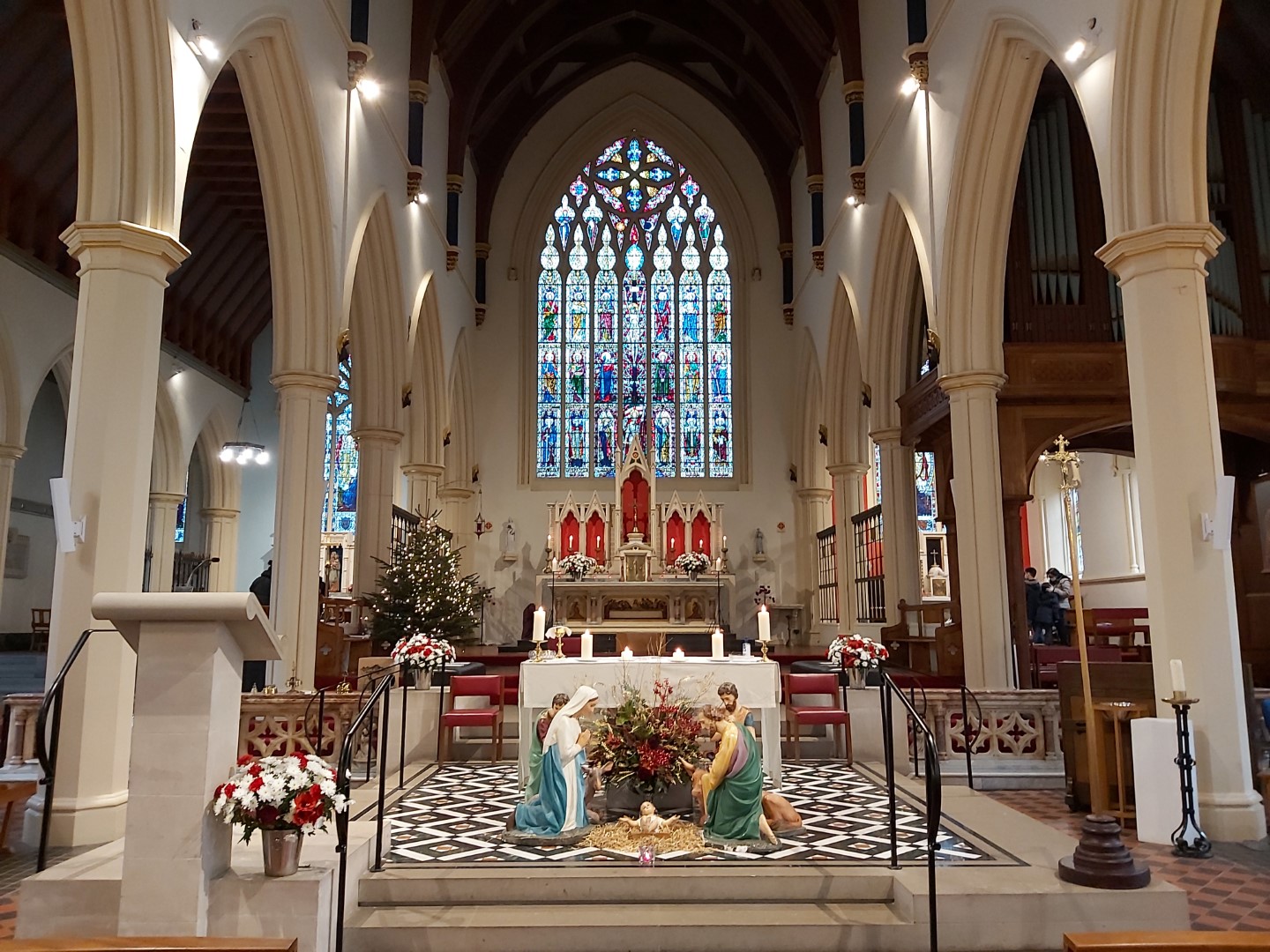 All roads led to the church of St Mary and St Michael in Commercial Road, East London on 9th December 2007 when the parish, one of the most famous Roman Catholic parishes in the country, marked the occasion of the 150th anniversary of the building of its church the magnificent ‘Cathedral of the East End’ designed by William Wilkinson Wardell who went on to design St Patrick’s Cathedral Melbourne and St Mary’s Cathedral Sydney.

On the day a book on the history of the parish was launched. The publication of the book was financed by an Essex-based businessman, Con Donovan, who grew up in the parish.

The parish has a rich, varied and often turbulent history and its story could in many ways be said to represent in microcosm the history of the Catholic Church in England re-establishing itself after the Reformation. Significantly the last priest in England prosecuted under the Penal Laws, Father James Webb, was the first Parish Priest of St Mary and St Michael’s.

Very often this is a story of struggles against overwhelming odds and winning through. Many of the priests who have guided the parish were men of remarkable vision, zeal and tenacity — as were the nuns of the Sisters of Mercy who have worked in the parish since the mid-nineteenth century.

Many of the priests here were outstanding in their missionary zeal towards the deprived and underprivileged of East End London.

One former parish priest, Canon Timothy Ring, who led the parish from 1904 until 1941, became a legend in the East End. A true champion of the underdog he fought both communism and fascism in the 1930s. His funeral in August 1941 brought the East End to a standstill and was attended by Clement Attlee.

In the saga of London’s East End, the Church and the parish are ever present — through the poverty, the immigration, the cholera outbreaks, the dock strikes, the wartime evacuation, the Blitz, the rebuilding after World War II.

The East End of London comes to a standstill for Canon Ring’s funeral in August 1941. Cardinal Hinsley and several other bishops were present, along with an array of local politicians and dignitaries including future prime minister, Clem Attlee, who was shortly to become Churchill’s deputy prime minister.

Perhaps the spirit of the parish and the resilience of the East End are best exemplified by an incident at the end of World War II. On Saturday, 17th March 1945 the wedding of a couple from the parish, Elizabeth Donovan and Harold Bullman, was scheduled at the church for one o’clock in the afternoon.

Just as the wedding guests were arriving one of the last V2 rockets to strike London fell. Several people were killed, the church very badly damaged with the roof destroyed, the presbytery ruined and the parish primary school demolished. However, the priest due to officiate, the bride and groom and their guests dusted themselves off and the wedding went ahead amid the rubble of the church with only the slightest of delays.

A bomb-damaged St Mary and St Michael’s hit by one of the last V2 rockets to strike London. The church very badly damaged with the roof destroyed, the presbytery ruined and the parish primary school demolished

The anniversary Mass was held at 11.00am on December 9th 2007. Cardinal Cormac Murphy-O’Connor was the chief celebrant and many priests formerly associated with the parish returned along with many of the Sisters of Mercy nuns. Pupils from St Mary and St Michael’s Primary School and Bishop Challoner Catholic Collegiate School contributed to the singing in the Mass.