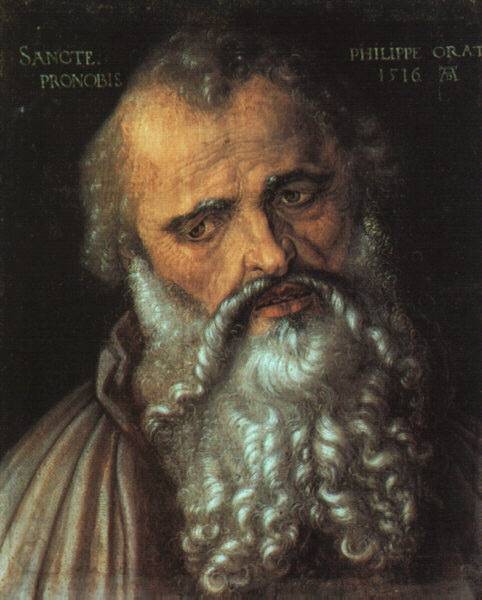 Like the brothers, Peter and Andrew, Philip was a native of Bethsaida on Lake Genesareth (John 1: 44). He also was among those surrounding John the Baptist when he first pointed out Jesus as the Lamb of God. On the day after Peter’s call, Jesus met Philip and called him with the words, “Follow me”. Philip obeyed the call, and a little later brought Nathaniel as a new disciple (John 1: 43-45).

On the occasion of the selection and sending out of the twelve, Philip is included among the Apostles proper. His name stands in fifth place in the three lists, (Matthew 10, 2-4; Mark 3: 14-19; Luke 6: 13-16) after the two pairs of brothers, Peter and Andrew, James and John.

The fourth Gospel of St John records three episodes concerning Philip which occurred during the epoch of the public teaching of Jesus:

These three episodes given us by St John, in youth his fellow townsman in Bethsaida and in old age his neighbour in Asia Minor, provide a consistent character sketch of Philip as a naïve, somewhat shy, sober-minded man.

St Philip was present at Pentecost. He is said to have preached in Greece and Phrygia. He met his death at the age of 87 in Hieropolis where he was stoned and them crucified upside down in 80 AD under the Emperor Domitian. The remains of St Philip were interred in Hieropolis and later transferred to Constantinople and then to the Church of the Dodici in Rome.

St Philip is the patron of hatters and pastry cooks. He shares a feast on 3 May with St James (the younger). He is often depicted as an elderly man with a large cross holding a basket of loaves and fishes.