The circumstances of St. Monica’s life could have made her a nagging wife, a bitter daughter-in-law and a despairing parent, yet she did not give way to any of these temptations. Although she was a Christian, her parent gave her in marriage to a pagan, Patricius, who lived in her hometown of Tagaste in North Africa. 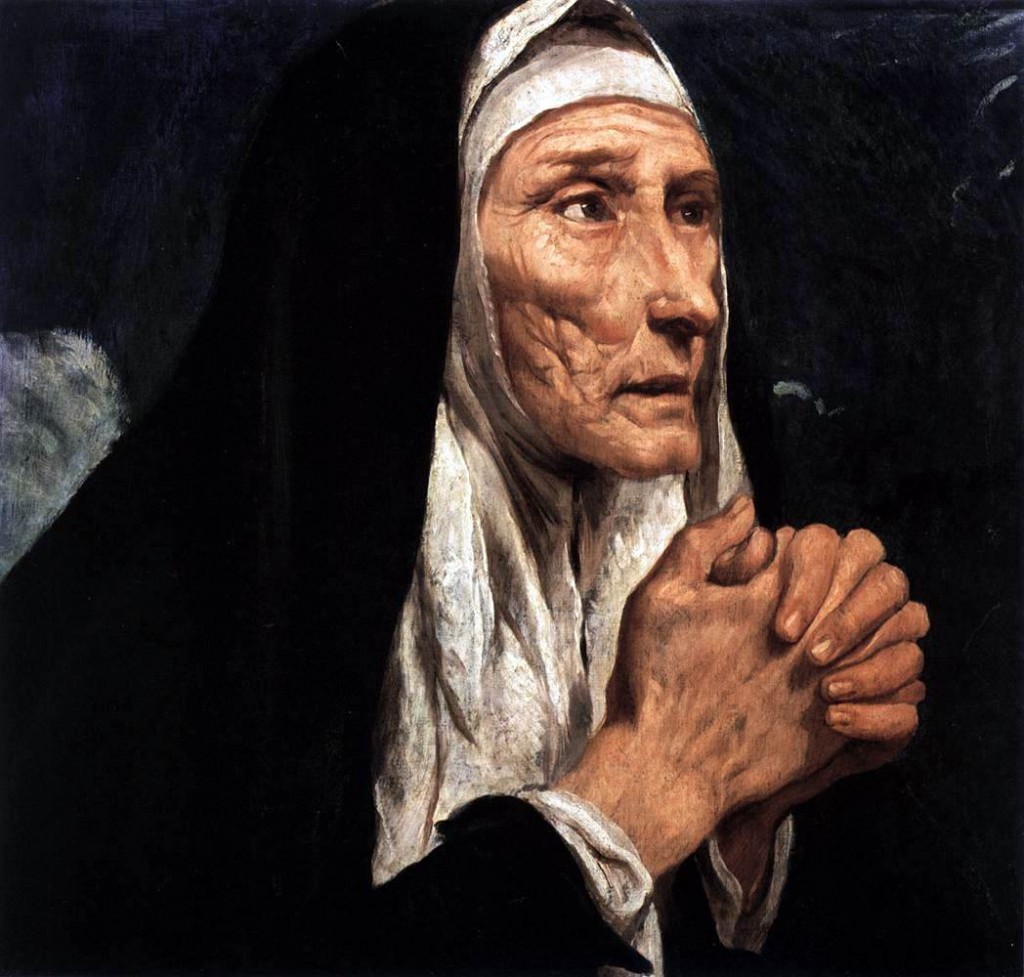 Patricius had some redeeming features, but he had a violent temper and was licentious. Monica also had to bear with a cantankerous mother-in-law who lived in her home. Patricius criticized his wife because of her charity and piety, but always respected her. Monica’s prayers and example finally won her husband and mother-in-law to Christianity. Her husband died in 371, one year after his baptism.

Monica had at least three children who survived infancy. The oldest, Augustine (August 28) , is the most famous. At the time of his father’s death, Augustine was 17 and a rhetoric student in Carthage. Monica was distressed to learn that her son had accepted the Manichean heresy (all flesh is evil) and was living an immoral life. For a while, she refused to let him eat or sleep in her house. Then one night she had a vision that assured her Augustine would return to the faith. From that time on, she stayed close to her son, praying and fasting for him. In fact, she often stayed much closer than Augustine wanted.

When he was 29, Augustine decided to go to Rome to teach rhetoric. Monica was determined to go along. One night he told his mother that he was going to the dock to say goodbye to a friend. Instead, he set sail for Rome. Monica was heartbroken when she learned of Augustine’s trick, but she still followed him. She arrived in Rome only to find that he had left for Milan. Although travel was difficult, Monica pursued him to Milan.

In Milan, Augustine came under the influence of the bishop, St. Ambrose, who also became Monica’s spiritual director. She accepted his advice in everything and had the humility to give up some practices that had become second nature to her (see Quote, below). Monica became a leader of the devout women in Milan as she had been in Tagaste.

She continued her prayers for Augustine during his years of instruction. At Easter, 387, St. Ambrose baptized Augustine and several of his friends. Soon after, his party left for Africa. Although no one else was aware of it, Monica knew her life was near the end.

She told Augustine, “Son, nothing in this world now affords me delight. I do not know what there is now left for me to do or why I am still here, all my hopes in this world being now fulfilled.” She became ill shortly after and suffered severely for nine days before her death.

Almost all we know about St. Monica is in the writings of St. Augustine, especially his Confessions.