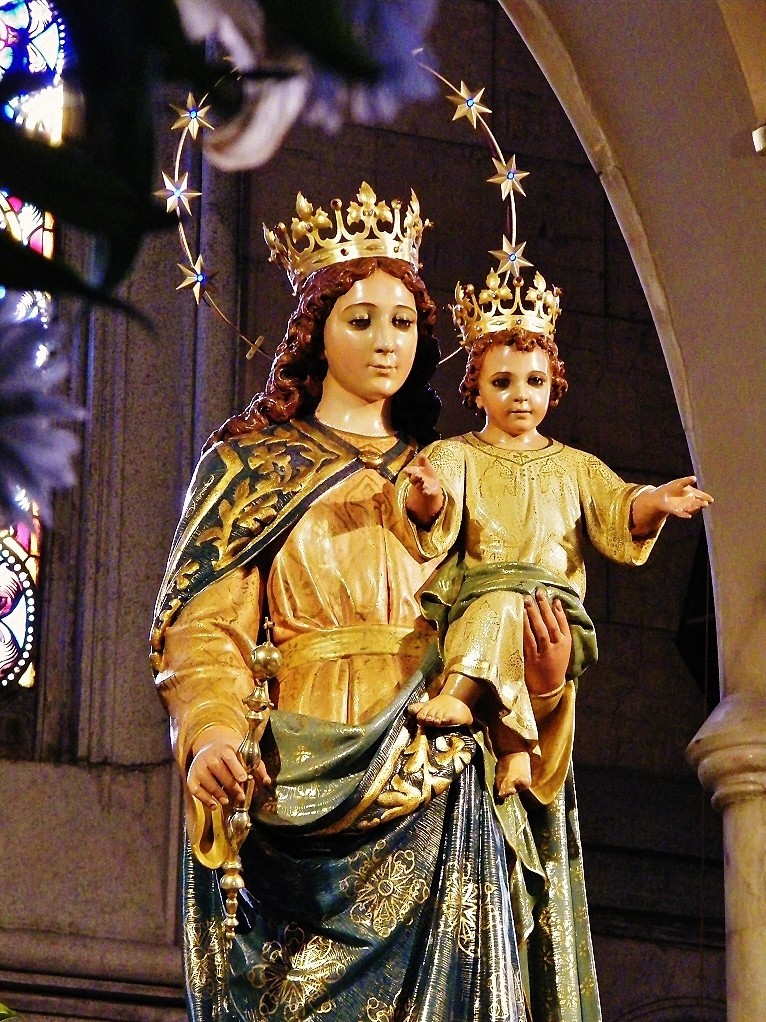 The feast of Our Lady, Help of Christians, was instituted by Pius VII. By order of Napoleon, Pius VII was arrested, July 5, 1808, and detained a prisoner for three years at Savona, and then at Fontainebleau. In January, 1814, after the battle of Leipzig, he was brought back to Savona and set free, March 17, on the eve of the feast of Our Lady of Mercy, the Patroness of Savona.

The journey to Rome was a veritable triumphal march. The pontiff, attributing the victory of the Church, after so much agony and distress, to the Blessed Virgin, visited many of her sanctuaries on the way and crowned her images (e.g. the “Madonna del Monte” at Cesena, “della Misericordia” at Treja, “della Colonne” and “della Tempestà” at Tolentino).

The people crowded the streets to catch a glimpse of the venerable pontiff who had so bravely withstood the threats of Napoleon. He entered Rome, May 24, 1814, and was enthusiastically welcomed.

To commemorate his own sufferings and those of the Church during his exile he extended the feast of the Seven Dolours of Mary (third Sunday in September) to the universal Church, September 18, 1814. When Napoleon left Elba and returned to Paris, Murat was about to march through the Papal States from Naples; Pius VII fled to Savona (March 22, 1815), where he crowned the image of Our Lady of Mercy, May 10, 1815.

After the Congress of Vienna and the battle of Waterloo he returned to Rome, July 7, 1815. To give thanks to God and Our Lady he (September 15, 1815) instituted for the Papal States the feast of Our Lady, Help of Christians, to be celebrated May 24, the anniversary of his first return.

The Dioceses of Tuscany adopted it February 12, 1816; it has spread nearly over the entire Latin Church, but is not contained in the universal calendar.