The Church is Bought 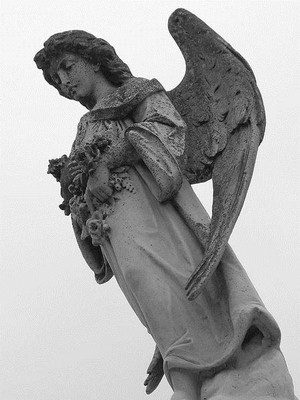 Guardian Angels Catholic Church was opened on the Feast of the Immaculate Conception 8th December 1868, by Archbishop Henry Manning.

The building had previously been known as the Salem Chapel. It belonged to Mr Robert Beeton, who lived next door, and was rented to a Congregationalist group whose pastor was a Mr Henry Adams. The chapel was put up for sale when Beeton had died, but his heirs offered the Congregationalists first refusal. You’d have thought they’d immediately have set to work fundraising, but they didn’t, because they were preoccupied by a dispute with Mr Adams. The majority of them were demanding that he resign, and eventually he did. But to their shock, they then discovered that the chapel had been bought literally from under their feet, because Mr Beeton’s heirs had got fed up waiting, and another buyer had come forward.

The buyer turned out to be a West End businessman named Charles Walker, a zealous Catholic and pioneer member of the Society of St Vincent de Paul, with a genius for spotting suitable sites for schools and churches. He quietly went about identifying properties, and in some cases put forward his own money to acquire them for the Church. He’d found out about the Salem Chapel when he was lost one day and went into a nearby shop to ask for directions. Up to then, if Catholics living in Mile End wanted to go to Mass they could to traipse to St Anne’s in Spitalfields, or St Mary and St Michael’s in Commercial Road, or to a school in Devons Road which doubled as a Mass centre. But there was nowhere nearby. Walker immediately worked out that here was a gap needing to be filled, and an opportunity to fill it, so he offered an immediate cash deal.

The “Salem Chapel” inscription on the front of the building was changed to “Guardian Angels” but there was no money to do it up, and it didn’t look a bit like a proper Catholic church. Inside, it was very poky and shabby, with peeling walls and rotten floorboards. As well as a converted chapel we had a converted altar – it had previously done duty as Mr Adam’s pulpit – and all available floor space was taken up with big Protestant box pews (like horse boxes). There were hardly any statues or pictures, or any other decoration. Guardian Angels was very much the poor relation compared with the surrounding churches – including the beautiful St Catherine’s, Bow, which opened in 1869. When our second parish priest Fr Angelo Lucas (only son of Frederick Lucas who founded the Tablet newspaper) took over in 1873, his first priority was to enlarge the little school at the back. The school had space for 110 children, but 250 on the roll, so they must have been desperately squashed. After he’d built an extension for the older boys, he was able to focus on the church, and by 1876 he’d made good the floor and walls, replaced the box pews with comfortable benches, and put up Stations of the Cross. The congregation did then start to grow.

Manning’s successor, Cardinal Herbert Vaughan, was anxious about the growing social divide between the West End of London and the East. He wanted to encourage better-off Catholics to get to know how other half lived, so he started the Catholic Social Union to mobilize them to run clubs and settlements in poor parts of London. One of the first to volunteer was Lady Margaret Howard, youngest sister of the Duke of Norfolk. She offered to do whatever the Cardinal wanted, and he asked her to start a settlement in “the most unpromising portion of his diocese” – namely Mile End. So Lady Margaret took a house in Tredegar Square, and in February 1894 she moved in together with her friend Lady Clare Feilding, and two other women – Emma Lowe and Clementine Annesley – who were converts from Anglicanism, and who had previously obtained considerable experience as members of an Anglican Sisterhood working in the slums around Kilburn. The settlement movement had started with Toynbee Hall in 1884, since when all kinds of settlements had been established in the East End, but this was the first Catholic one, and it was named St Philip’s House. The volunteers did visiting all round Mile End, ran a girls’ club and a mothers’ meeting, and helped us in many other ways. We badly needed a larger school, and Lady Margaret lent us £6,000 to enable us to build it: it was opened in 1896. Sadly Lady Clare and Lady Margaret both died before reaching the age of 40. In her will, Lady Margaret kindly changed the loan for the school building into an outright gift.

A New Church is Built

It wasn’t long before we were even more urgently in need of a larger and better church. A notice was served by the local council condemning the existing building. With the external walls bulging and bits falling off, it had become a health and safety hazard, threatening to fall down and crush the congregation under a pile of rubble. The best option would be to demolish and rebuild, but at least £8,000 would be required, and we had no money. In those days every church in the diocese used to hold Forty Hours of adoration of the Blessed Sacrament, taking it in turns throughout Lent. When it came to Mile End’s turn in March that year, our parish priest Fr William Donlevy invited everyone to pray hard for the appeal fund. At the end of the Forty Hours, during the Mass of Deposition, a letter arrived in the post from Lady Mary Howard promising to build a new church in memory of her sister!

The architect Frederick A Walters who was commissioned to produce the designs is also noted for other London churches particular St Anselm and St Cecilia in Kingsway, and especially the huge Benedictine Ealing Abbey: have a look – you will notice some similarities. For Guardian Angels he chose perpendicular Gothic, a uniquely English style rarely used for Catholic churches, thus giving ours a special character. It was opened on another Marian Feast, the Feast of the Annunciation, Wednesday 25th March 1903. Because Cardinal Vaughan was dying at the time the Bishop of Nottingham, Robert Brindle, who’d previously been an auxiliary bishop in Westminster and knew Mile End, performed the opening ceremony on his behalf. Let us remember all our benefactors and pray for the repose of their souls, for the Walker family, and the Howard family, and all those who have worshiped here over the past two centuries.

In a same spirit of faith, we look to the future of our parish praying that God will help us to understand his will and the mission which he has in mind for our parish.

Other Churches Linked to Charles Walker

The following list of churches were entirely or partially paid for by Charles Walker. SS Peter and Paul, Rosoman Street; St Bridget’s, Baldwin’s Gardens and The Holy Family, Saffron Hill (both subsequently replaced by St Etheldreda’s Ely Place where they are commemorated in a stained glass window); Notre Dame de France, Leicester Square; St Charles Borromeo, Ogle Street, where he became a regular attendant; St Monica’s, Hoxton Square; The English Martyrs, Tower Hill. Quite a list! He lived with his two brothers and four sisters, none of them married, and they all lived very frugally so as to be able to give as much money as possible away to charitable causes. By the end of his life Charles had spent between £40-60,000 on charitable works, a huge sum 150 years ago. A few years after his generous gift of a Catholic church to serve the Mile End area, he caught smallpox while visiting a poor family, and died at the age of 72. The Church of St Charles Borromeo was packed full for his funeral, and he lies buried at St Mary’s, Kensal Green, in the same grave with his brothers and sisters.