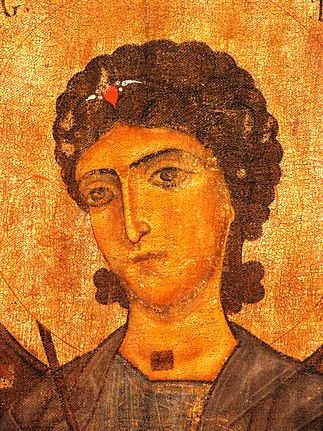 In Abrahamic religions, Gabriel is an angel who typically serves as a messenger sent from God to certain people.

In the Bible, Gabriel is mentioned in both the Old and New Testament. In the Old Testament, he appeared to the prophet Daniel, delivering explanations of Daniel’s visions (Daniel 8:15–26, 9:21–27). In the Gospel of Luke, Gabriel appeared to Zecharias, and to the virgin Mary foretelling the births of John the Baptist and Jesus, respectively (Luke 1:11–38). In the Book of Daniel, he is referred to as “the man Gabriel”, while in the Book of Luke, Gabriel is referred to as “an angel of the Lord” (Luke 1:11). Gabriel is not called an archangel in the Bible, but is so called in Intertestamental period sources like the Book of Enoch.

In the Roman Catholic, Anglican, Lutheran, Eastern and Oriental Orthodox churches, the archangels Michael, Raphael, and Gabriel are considered saints.