Society of the Divine Vocations – Vocationists

The Society of the Divine Vocations, also known as “Vocationists”, is a religious congregation founded by Blessed Justin Russolillo in 1920 in Pianura (Naples).

Father Justin was born on the 19 January 1891 and he attended the seminary of the Diocese of Pozzuoli. He was ordained on the 20 September 1913, on that day, while prostrating during the Litany of Saints, with the permission of his spiritual director, made a vow to God to “spend his life for the divine vocations”. It was on the 18 October 1920 that Father Justin begun the foundation of the religious congregation of the Vocationists, dedicated to the help of the youth, especially the poorest, to answer their vocation in life. He died in Pianura on the 2 August 1955.

The search, formation and instruction, especially among the poorest, of the young people who feel to be called by God to priestly and religious life is the Vocationist charism.

The centre and axis of our spirituality is the Most Holy Trinity together with the Holy Family and the Holy Church. We carry on our ministry in parishes, schools and missions, meanwhile our characteristic work is the “Vocationary” where in a climate of prayer, study and work we help the young people to discern their vocation.

The entire Vocationist Family is grateful to God for the gift of the beatification of their founder which was celebrated on the 7 May 2011 in Pianura (Naples). 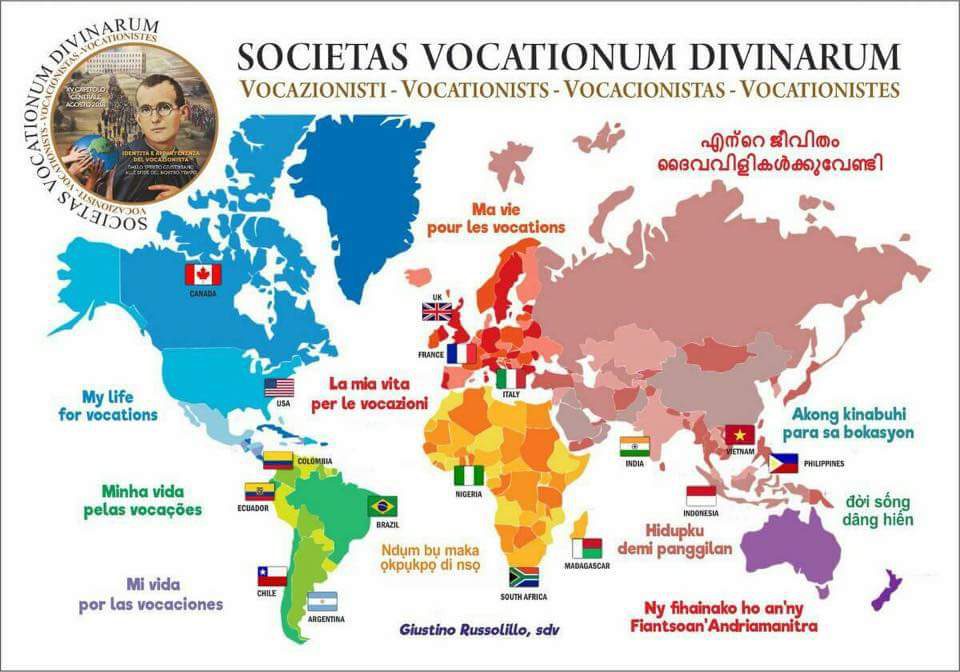