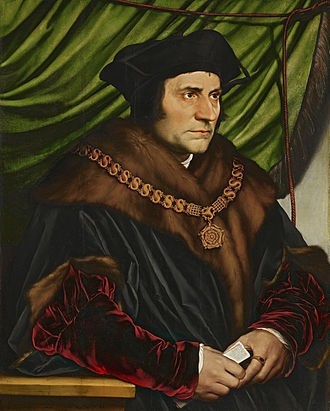 Sir Thomas More (7 February 1478 – 6 July 1535), known to Roman Catholics as Saint Thomas More, was an English lawyer, social philosopher, author, statesman and noted Renaissance humanist. He was an important councillor to Henry VIII and Lord Chancellor from October 1529 to 16 May 1532. More opposed the Protestant Reformation, in particular the theology of Martin Luther and William Tyndale whose books he burned and whose followers he persecuted. More also wrote Utopia, published in 1516, about the political system of an ideal and imaginary island nation.