The Parish of Tower Hill is situated in the Tower Hamlets Deanery. A late town church by Edward Welby Pugin, completed after his death by his younger brothers. The establishment of this East End mission and the building of a church in the vicinity of the Tower of London, a place of execution of many English Martyrs, was highly significant for the local Catholic community.

In 1864 the Missionary Oblates of Mary Immaculate set up what was initially called the Tower Hill Mission. Fr Robert Cooke, the Vicar Provincial, inaugurated the Mission, which was first lodged in Postern Row, beside the Tower, close to Trinity Square Gardens. A temporary corrugated iron building was then erected at the back of the present site, serving as both church and school. This was opened and blessed by Archbishop Manning on 12 December 1866. In 1870-72, it was replaced by a school building with a chapel on the top floor.

On 18 May 1873, Archbishop Manning laid the foundation stone for the current church, designed by Edward Welby Pugin. Building work was delayed due to difficulties in acquiring the freehold title for the site. Building resumed in 1875 and the church was opened and dedicated by Cardinal Manning on 22 June 1876. Site constraints and the size of the mission – in the 1870s some 6,000 people – dictated the maximising of space by the insertion of galleries. The builder was Mr Lascelles of Bunhill Row, and the contract sum was £10,000. The northwest tower and the spirelet are very similar to those at E. W. Pugin’s St Alexander, Bootle (1866-67).

In 1881, the presbytery at 26 Prescot Street was rebuilt (by Pugin & Pugin) and fitted out with a donation from the Carthusians in memory of one of their brethren executed in 1535. In the 1890s, the school behind the church required some alterations and additions which resulted in the demolition of the original sacristy which was then incorporated in the presbytery.

In 1930, in anticipation of the canonisation of Sir Thomas More and Bishop John Fisher, the high altar became a shrine to the English Martyrs, with additional statuary, a wrought-iron grille with the arms of ten martyrs, and the east window with thirty two martyrs. In 1940, the church was damaged by a 500kg bomb which fell through the roof, damaged the side wall and destroyed the pulpit, but did not explode. In 1970, the school moved to a new site in St Mark Street and the old school became a community centre.

In 1985, the Holy Family Sisters left. Their convent at 24 Prescot Street (listed grade II), an eighteenth-century house at no. 25 (also listed grade II), the former presbytery at no. 26 and the  1870-72 school building to the rear were all demolished. The site was redeveloped as part of Juno Court at 24-26 Prescot Street, initially an office block later converted to hotel use (now a Premier Inn). The parish priest moved into an early nineteenth-century house on the west side of the church, no. 30 (listed grade II).

In 1991, the sanctuary was restored and the church redecorated. In 2007, the church received a grant of £123,000 under the Repair of Listed Places of Worship Scheme. Subsequently the interior of the Church was completely redecorated. The costs were split between the Oblates, who run the parish on behalf of the Diocese, and Parish funds. 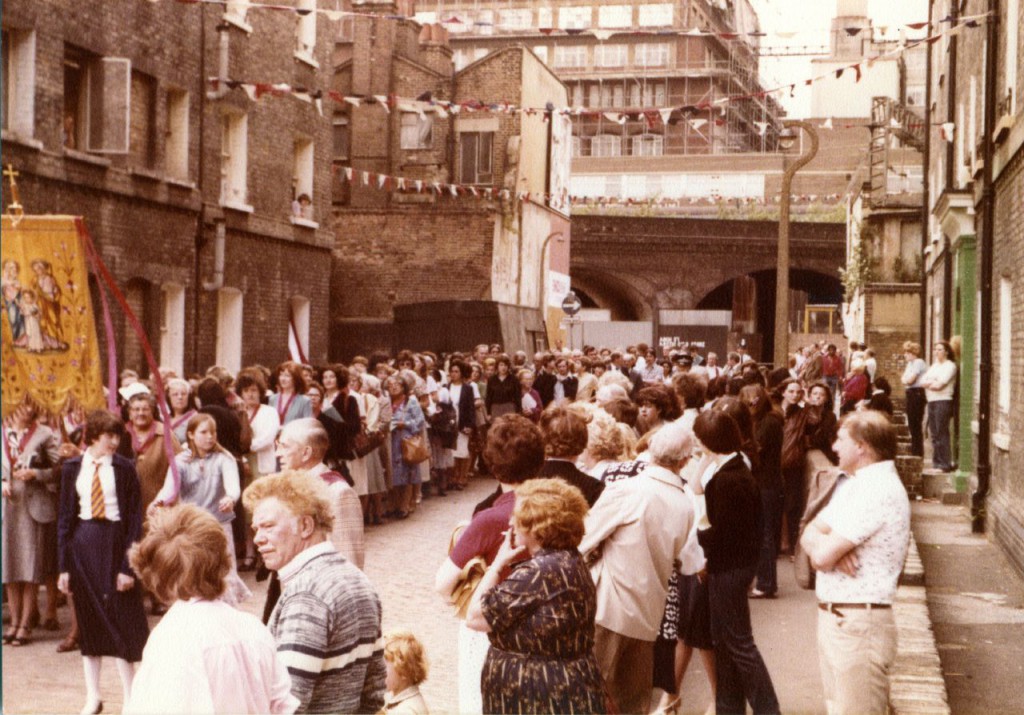 Women’s Solidarity of Our Lady Procession 1980 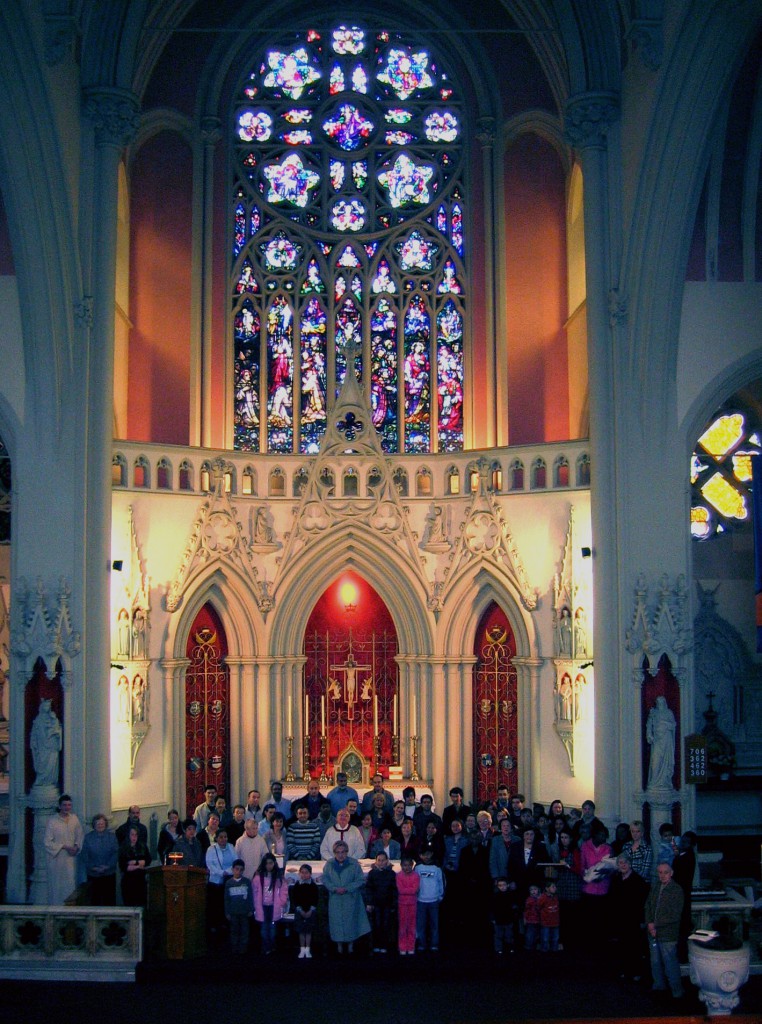