Our patron saint was one of the Twelve Apostles. The New Testament does not tell us anything more about him or what he did, but in most of the lists of the Apostles he is linked to Philip and came from Cana in Galilee. Some scholars think that he is the same person as Nathaniel. A very ancient tradition tells us that he was a missionary and took the Gospel to India. He was martyred by being flayed alive at Albanopolis, in Armenia. The name of this town means City of Alban, and while that has nothing to with our own St Alban, it is an interesting coincidence. 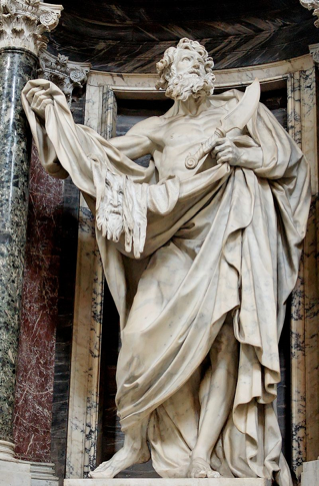