Weekday Mass 10 and as announced

The Parish of Ruislip is situated in the Hillingdon Deanery. It was founded in 1921. The church was built in 1939.

Following the growth of the Metropolitan Line and the subsequent growth of population in the first two decades of the last century the Ruislip area was in need of a catholic church (it had previously been part of the parish of Uxbridge) Cardinal Bourne was £300 short of the £450 needed for a scheme to provide a church at Ruislip. In June 1918 a Miss Warrender provided the purchase price and offered to pay for the church, to assist with furnishing it and to provide a presbytery as well. The land was conveyed on 4th February 1919 and after some obstacles the church although not complete was ready to open in September 1921. Its location was Ruislip High Street.

The population growth continued and the church accommmodation would very soon become inadequate.

Miss Warrender had expected the growth of “metroland” and had made provision for the enlargement of the church by purchasing adjoining plots of ground. However, Father Sutton, the parish priest wanted a new church in a different position. This would mean the clearly serious matter of the selling or demolition of a consecrated building.

Nonetheless the current site was purchased (the presbytery having already been built) with space for a hall and club rooms beside the church. With the sale of the church in the High Street the end result financially, after the entire project was a surplus of £12,500. The current church was opened on the 15th June 1938 by Bishop Myers, RAF Northolt provided an escort to Father Sutton carrying the Blessed Sacrement in procession from the High Street to the new church.

At a celebration lunch at the Orchard (now a “Beefeater”) Fr Sutton paid tribute to Miss Warrender, although it seems she may not have attended the lunch. 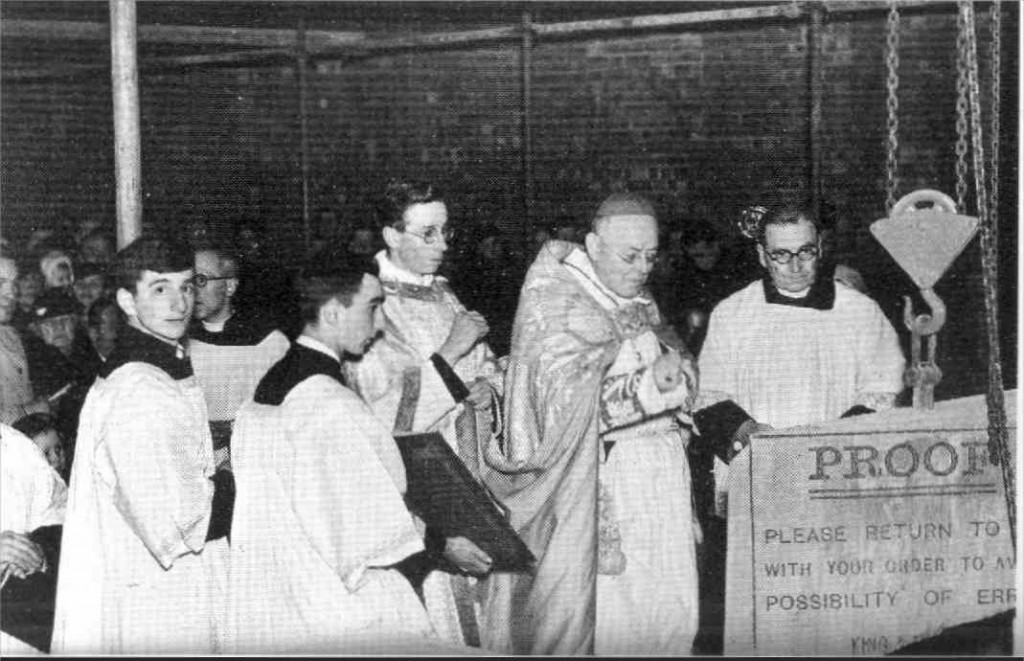 The church was and is indeed, simple in plan, with unbroken views of the high altar from all corners.

A star-spangled tester above the altar and a hanging crucifix added interest, especially as when the lights are on the shadows cast by the crucifix make it appear to be between two other crosses (an allusion to Our Lord hanging between two thieves). 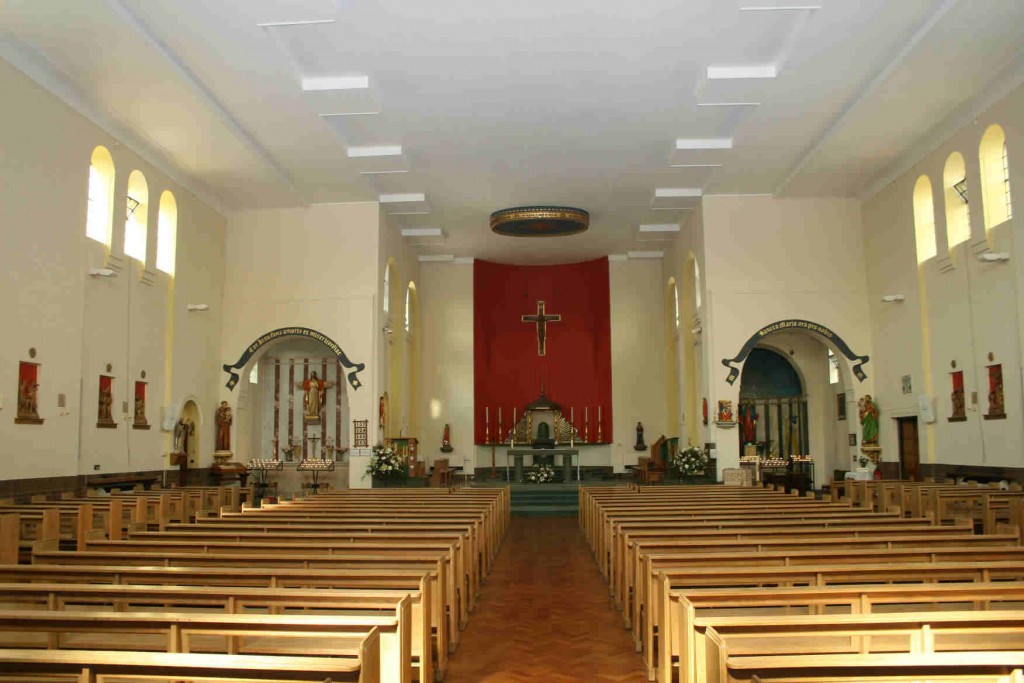 The colour scheme was confined to pastel shades, the walls being off-white, with radiators that were set into the walls and painted matt orange. The exterior was equally plain, in golden-brown brick, with red quoins, relieved only by a centrally-placed cross in relief and symbols of the four evangelists carved in stone. The copper roof is the most striking feature.

The statues of the Sacred Heart, Our Lady and St Joseph were brought from the old church and also the high altar and font. The calvary which was so prominent a feature of the High Street church was fixed to the wall on the garden side of the new one.

In May 1998 this was moved and placed above the main door of the church. Hugh Warrender’s bell was taken from the old belfry and hung upon the chimney at the back of the present church, where it still hangs silently.

The Ruislip-Northwood Urban District Council had stepped in and said that there was a bye-law forbidding the ringing of new bells. After some argument it was conceded that the bell was not new and had been rung regularly for some years, and could continue to be rung. Unfortunately the electric mechanism for ringing the bell failed, and in fact the bell has scarcely ever been rung at the present church.