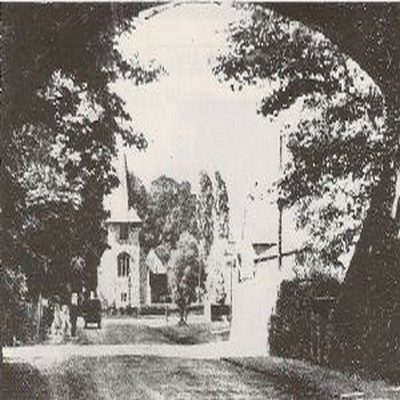 The Catholic Mission later parish of Rickmansworth was founded in 1886 by the Rev. Henry Hardy, a secular priest who acted as Rector until 1904 when he handed it over to the Augustinians of the Assumption.

They continued to use the corrugated iron chapel (now demolished) built by Fr Hardy in the High Street until, looking for a more permanent home, they bought the premises and two acres of land belonging to the Salter Brewery Company in Park Road. The existing buildings were converted into St Augustine’s Priory and Hall, and the present church of Our Lady Help of Christians was built adjoining the latter and opened on 26th October 1909, being extended by the addition of the Lady Chapel in 1935.

The Assumptionists ran the parish for 75 years, opening three chapels of ease in the area that between 1958 and 1974 became the centres of the present parishes of Croxley Green and Mill End.

In September 1979 care of the Rickmansworth parish was transferred to the Verona Fathers (official title – “The Comboni Missionaries of the Heart of Jesus”) whose national postulancy was established here.

On 8th April 1981 the church was consecrated by His Eminence Cardinal Hume Archbishop of Westminster.

In 1985 the Verona Fathers left and the parish was adopted by the Westminster Diocese Fr Michael Garvey was Parish Priest for one year and Fr Jim Duffy took over care of the parish in 1986. Fr Shaun Church became parish priest in 2013 after Fr Jim’s retirement.  Fr Shaun left the three parishes for a year’s sabbatical in 2021. Fr Andrew Gallagher was appointed in 2021. He is assisted by Fr Damian Ryan.  Associated parishes since 2014 are St John Fisher (Chorleywood) and St John the Evangelist ( Mill End).