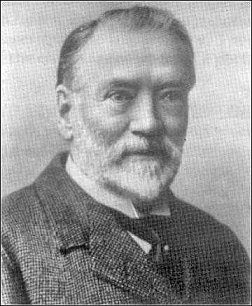 ​
Catholics in Watford must ever be grateful to Mr. Stephen Taprell Holland who built and paid for Holy Rood Church, the presbytery and school attached to it. The son of James and Hannah Holland, he was born in London in 1843 and became one of the partners in the building firm of Winslow & Holland with offices in Bloomsbury. Mr. Holland bought Otterspool, Aldenham, a fine Georgian house on the River Colne where he lived for many years in some style. The house is now part of the Training College of Wall Hall.

Mr. Holland took an active part in Hertfordshire and Watford affairs. He was a trustee of the Watford District Hospital, served on the local bench and was a member of the Watford Rifle Volunteer Corps, becoming its Honorary Colonel in the 1914-18 War. He presented many fine trophies for competition and was himself a first class shot. He often came to Watford on fine days riding on horseback; on other days his coachman drove him in. Mr. Holland, who was also a person of considerable importance in the London & North Western Railway Company, in l9l0 had the Callowland Halt at North Watford built so that he could board a special train when he wanted to go to London. This is now known as the Watford North station in Bushey Mill Lane.

Mr. Holland was not born of a Catholic family but he became a convert. A well known story is of the office boy in his employ who would ask his employer for permission for time off to go to Mass on Holydays. It is said that Mr. Taprell Holland, aware of the propensity for young men to want to bury their grandmothers when they wanted time off, sought to verify this variation of the excuse by following him one day. He was so impressed by his devotion in the church and how quickly the boy returned to the office that he took instruction in the Catholic faith and became a Catholic himself. Despite intensive research it has not been possible to discover where and when he was received into the church. In thanksgiving for his conversion Mr Holland decided that he wanted to build a church. With the approval of the Cardinal he chose a prime site in the middle of Watford in an area that was rapidly being developed.

About this time, in 1888. a Mr. Francis Fisher bought land known as the Rose & Crown meadow from Merton College, Oxford. This he laid out in small plots to be developed as Market Street, Percy Road and Marlborough Road, and sold by public auction. Part was bought by Mr. Holland for his building project and part by the Dominican Sisters from Harrow for their convent. The cost of the building of the church, presbytery and school was between £30,000 and £40,000 which, when converted to today’s prices, would have been an enormous expenditure Nevertheless Mr. Holland continued throughout his life to meet the bills for the running of the church which a new and small parish would have found difficult to meet. Indeed he even paid a seat rent for a place in the church he had built, and which he lived to worship in and enjoy for thirty years. He also bequeathed in his will £6,000 for Holy Rood Church as well as substantial sums for the mission in Upper Paddock Road and other Catholic purposes, and he left £100 for a simple stone memorial in Holy Rood Church with a brief description to his memory. There is a medallion on the wall at the west end of the church consisting of a portrait in stone surrounded by the words:

supported by two cherubs. Underneath is the following:

This was instilled by the time the church was opened. The portrait was described in the local paper as that of Mr. Taprell Holland. However Bentley, the architect responsible for the building of the church, reading the report, hastened to point out that it was the face of Our Lord and it came from an old Italian church. In the circumstances it seems surprising that Mr. Holland, over twenty years later, should indicate in his will a wish for a further memorial. This is almost certainly the tablet in the niche in the Chantry Chapel which reads:

“OF YOUR CHARITY PRAY FOR THE REPOSE OF THE SOUL OF STEPHEN TAPRELL HOLLAND WHO FOR THE GREATER GLORY OF GOD BETWEEN THE YEARS 1889 AND l896 BUILT THIS CHURCH AND GAVE IT TO THE ARCH-DIOCESE OF WESTMINSTER. BORN JULY 10TH 1843 DIED DECEMBER 9TH 1922. MAY HE REST IN PEACE”

The death of Mr. Taprell Holland occurred at his home on 9th December 1922, after a short illness at the age of seventy-nine. There is no doubt that Mr. Holland had hoped that he would be buried in the Chantry Chapel of the church he had built, and the architect had made provision for this with an arched recess in the north wall of the chapel for his monument and a sepulchral vault beneath. It can only be assumed that the benefactor and the architect were unaware of the 1848 Public Health Act, a clause in which states “After the said 1st March 1848 any church built in an urban area after that date cannot permit a corpse or coffin to be buried within its walls. A fine of £50 will be incurred if this is done. Only such churches still allowed to do this is where dead monarchs are laid.” So he was buried in the churchyard of the fine old church at Aldenham near his home.

The body of the deceased was taken to Holy Rood Church on Tuesday night and remained there before the high altar until Wednesday morning when a solemn Requiem Mass was celebrated by Fr. Rider from Bushey. Among those in the sanctuary were Fr. Keating, parish priest of Holy Rood, Fr. Walsh of Watford and Fr. Valentin from Stevenage. Family mourners were: Mr. R. C. Holland, brother; Col. & Mrs. Dorling. brother-in-law and sister; Mr F May, brother-in-law; Col G R Holland, nephew and Mrs Holland.

After the solemn Requiem the cortege proceeded to Aldenham churchyard, where it was met at the lych gate by two small parties representing the Watford Division of the Hertfordshire Constabulary and the Bushey Division of the Metropolitan Police, who preceded the coffin to the graveyard. The committal service was conducted by Fr. Keating. Also present at the grave-side in addition to the family mourners were the Rev. E. Stugdon and Mrs. Stugdon; the Mother Prioress and a Sister of the Dominican Order, Watford.

There is a plaque dated 1891 in the sacristy of Holy Rood Church stating, under the authority of Cardinal Manning, that three Masses should be said annually: