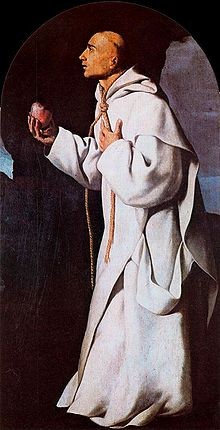 The feast of the English Martyrs is celebrated on this day because 4 May 1535 is the date when the first martyrs of the Protestant Reformation were hanged, drawn and quartered at Tyburn, London, for opposing the Act of Succession that recognised the progeny of the adulterous relationship of Henry VIII and Anne Boleyn as the legitimate heirs to the throne and the Act of Supremacy, through which the King asserted himself as “the only Supreme Head on earth of the Church of England”.

The five who were dragged across London on hurdles that day – watched from the Bell Tower as they left the Tower of London by St Thomas More, “cheerfully going to their deaths as bridegrooms to their marriage” – were Carthusian priors St John Houghton of London, St Robert Lawrence of Beauvale and St Augustine Webster of Axholme, and St Richard Reynolds, a Bridgettine of Syon Abbey, and Blessed John Haile, a secular priest. Significantly, they were wearing their priestly vestments.

St John Houghton was the first to die and was conscious throughout an ordeal that included partial hanging, castration and disembowelment. The point of death came when his heart was torn from his chest and held before his face.

His final words were reportedly: “Good Jesu, what wilt Thou do with my heart?” These inspired the famous work (pictured) by Spanish artist Francisco De Zurburan, which hangs in the art gallery in Cadiz (a copy is also kept in the Martyrs’ Crypt at Tyburn Convent, London).

One of St John’s quarters was later nailed to the main gate of the London Charterhouse to signify the seriousness of the King’s intent.

The resolve of Henry VIII was further emphasised by the beheadings on Tower Hill, London, of St John Fisher, the Bishop of Rochester, on 22 June of that year and of St Thomas More, the former Lord Chancellor of England, on 6 July, after both men refused in good conscience to take the oath attached to the Act of Succession.

The storm had truly broken and in the final years of Henry’s rule dozens of other Catholics either were executed or died in prison for their faith.

The schism created by Henry also set in motion more than a century of religious turmoil during which Catholics struggled with Protestants over the direction and identity of the English Church.

This was a time when the price of conscience was reckoned in human lives: Catholics could be hanged, drawn and quartered for high treason while Protestants were sometimes burned for heresy, with some 300 alone dying during the five-year reign of Queen Mary I as she struggled to re-establish the Catholic faith in England.

The Protestant reforms of Queen Elizabeth I ushered in a new and unprecedented era of persecution for Catholics, however, which intensified markedly in the latter half of her reign following the arrival of the Jesuits on the English Mission coupled with the threat of invasion by Spain.

Era of the Shrewsbury Martyrs

According to the Museum of London, in the region of 300 Catholics were executed during this period – about the same as the number of Protestants who died under Mary I – but many more perished in prison, were they were sometimes tortured. Others were deliberately reduced to penury by under merciless penal laws.

It was during this period that the majority of Shrewsbury martyrs were executed. They include St Margaret Ward, the “Pearl of Tyburn”, and the Blesseds Richard Martin, Robert Johnson, John Shert, Edward Campion, Thomas Holford, Robert Wilcox and Ralph Crockett.

Catholic martyrdoms continued in England and Wales into the following century and went on even after the Peace of Westphalia of 1648 signalled the end of the Protestant Reformation in continental Europe. Political instability enduring throughout the 17th century fuelled periodic outbursts of vicious anti-popish hysteria.

The last outbreak of severe bloodletting erupted in the late 1670s as the result of the fabricated Popish Plot of Titus Oates, who falsely accused the Jesuits of planning to assassinate King Charles II and replace him with his Catholic brother, James, a fable which was exploited by the Puritan opponents of the Stuart Restoration and by two Catholic priests with pathological hatreds of the Society of Jesus.

According to Jesuit sources, by the time the country returned to its senses more than 400 innocent Catholics died for their faith as a result of the Oates Plot, many from plague while in prison. Among the dozens horribly executed included St John Plessington, who died at Chester on 19 July 1679, and St Oliver Plunkett, Archbishop of Armagh and the last martyr to die at Tyburn, martyred in his vestments on 1 July 1681.

Ss John Fisher and Thomas More were canonised together in 1935 and in 1970 Pope Paul VI canonised a group of 40 English and Welsh martyrs, including four of the five who died on 4 May 1535, and three women. Hundreds of others have been beatified.

The site of the Tyburn Tree, the gallows upon which a total of 105 canonised and beatified martyrs were executed during the Reformation, is today marked by a simple stone roundel in a traffic island at the busy junction of Edgware Road and Bayswater Road, near Marble Arch.

The forty English Martyrs are: 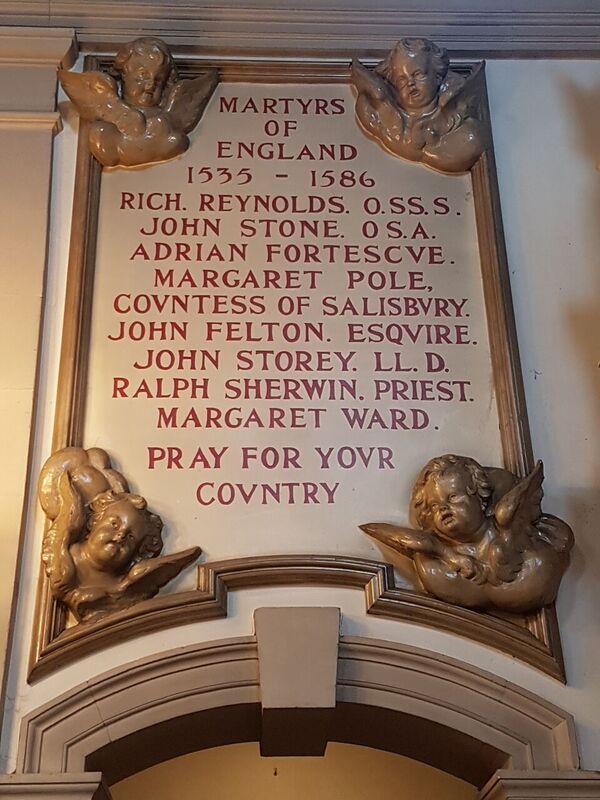 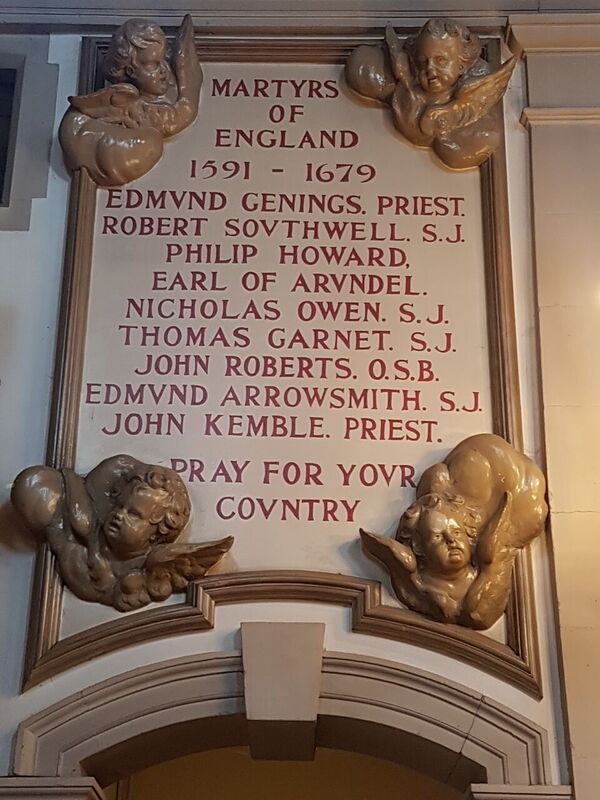