As of 5th November 2020 due to the COVID-19 lockdown all of our Churches are currently closed for public worship until further notice.

The celebration of Mass will continue but behind closed doors and without a physical congregation being present.Please visit www.churchservices.tv/bishopsstortford to watch our live stream service of each Mass which will also be recorded

Thank you for your prayers and patience at this time

Holy Cross:
NO MASS for the time being

Most Holy Redeemer:
NO MASS for the time being. 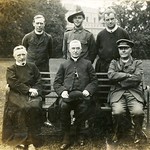 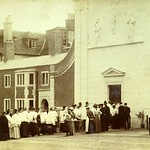 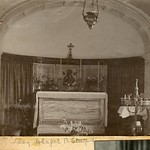 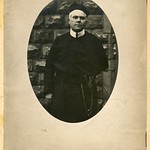 The beneficiary of the 2020 Penny Collection will be the MEDAILLE TRUST. This is a charity with strong Catholic roots and connections which works to support victims of modern slavery, mainly young women who have been trafficked to work in, for example, nail bars. It provides safe houses in various locations around the country and works closely with law-enforcement authorities.

The Times newspaper recently reported on the lengths to which organised crime gangs will go in order to trap young foreign nationals into modern slavery in the UK: investigative journalists found that teenage girls from Vietnam have been brought into the UK legally under the “Private School Visa” scheme only to mysteriously disappear from their new boarding schools before the end of their first term.

Reading that news article led me to think about the Medaille Trust, a charity with strong Catholic roots and connections which has been supported by parishioners in the past and could now enter into our thoughts again.

Medaille is the largest provider of supported accommodation for victims of modern slavery in the UK. It is based close to Salford Cathedral, in the diocesan Caritas office that provides generous administrative support thereby enabling donations to Medaille to go nearly 100% straight to the “front line”.

Significantly, Medaille’s Salford address is the charity’s only location whose postcode can be published: all of Medaille’s residences are safe houses whose addresses must remain hidden from the crime bosses who might otherwise come after the residents to recapture them. All that can be said is that there are seven houses distributed across Britain, of which one is for male guests: of the six residences for women, two cater for those who have young children with them.

Founded in 2006 by Sister Ann Teresa SSJA, Medaille started by establishing a house for women trafficked into prostitution. Although sex trafficking remains significant today, it is rapidly becoming eclipsed by other modern slave labour that exists across a number of sectors: for example farm work, construction and various consumer services such as car washes and nail bars.

The term “slavery” is not to be taken lightly: wages are held back ostensibly to cover food and accommodation but these are usually appalling. Breaking free is not easy. Medaille recently told journalists at the Sunday Times “… traffickers use the tactic of rolling up a debt … and telling the trafficked person that if that isn’t paid, they will harm their families”.

New guests arriving at Medaille are severely psychologically traumatised and patient love and care over many months are needed to enable the beginnings of recovery to take place. Confidence and self-reliance is engendered through fulfilling cultural activities such as arts and crafts and dance workshops, while one guest recently took up marathon running and incidentally raised a significant sum for the charity from people sponsoring her kilometres.

In the past year, clients numbered 385 including 70 child dependents. They began their lives in 45 different countries across the world.

Medaille’s safe houses will always tend to be regarded as the charity’s principal focus but it believes that justice and awareness are also vital. It therefore co-operates closely with law-enforcement authorities to support them in their work. This can take the form of providing training to help officers become proficient in detecting organised crime: as well as police from various parts of Europe as well as the UK, Medaille has supported the UK Border Force in this way.

The Justice & Peace Group at St Joseph’s have chosen Medaille Trust to be supported by the Penny Collection next year. Meanwhile you can find out more on the charity’s website: www.medaille-trust.org.uk

Please help by filling up the Penny Collection jar at the back of the church at weekend masses with your loose change (larger donations equally acceptable!).