The Funeral began on Sunday 16th December when his body was received into the church at 4.30pm, carried in by parishioners.  Prayers were led by Fr Tom O’Brien and Fr Norbert Fernandes. There was a period of silence followed by our Mass.

After Mass the parish shared in a range of tributes, spoken, recited, sung and played and then we shared a wonderful meal provided by parishioners. It was a joyful occasion. Click to read many of the tributes Tributes.

On Monday 17th December the Mass of the Resurrection was celebrated by Bishop Paul McAleenan with Fr Tom O’Brien aa and Fr Euloge Kasine aa. Seventeen other priests from order, deanery and diocese were also in  attendance. (Click below for order of service). 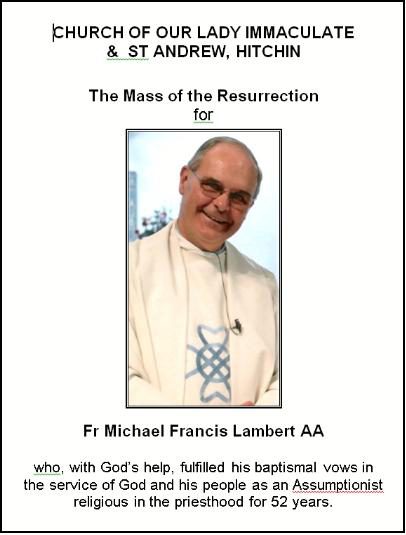 Approximately 700 people attended and a live video-link of the Mass was shown in the parish hall to accommodate as many as possible. It was a beautiful Mass largely planned by Fr Michael himself, who left six pages of instructions about what he wanted and all of his wishes were met. Almost. 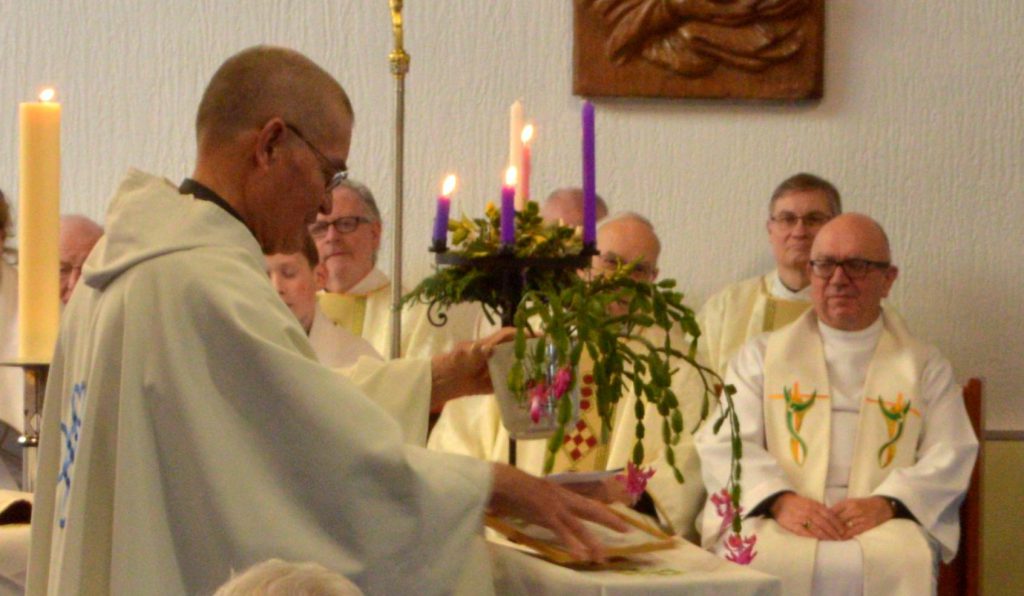 Fr Tom decides to break the “no flowers” rule and bring the Christmas cactus to the Mass as it had flowered just following Fr Michael’s accident.

Fr Tom telling us about the things that mattered to Fr Michael, and drawing attention to the lovingly created poster on the lectern.

Tributes were paid by:

Pupils from John Henry Newman School joined the choir and played throughout the Mass and Fr Michael was carried out of the church by another group of parishioners to the sound of trumpets playing ‘Thine be the glory’ and the procession formed a guard of honour with all the altar servers and priests for him to pass through to the hearse.

He was laid to rest at St John’s Cemetery with Fr Christopher Burgess aa.

Rest in peace Fr Michael Lambert.
We love you and miss you. 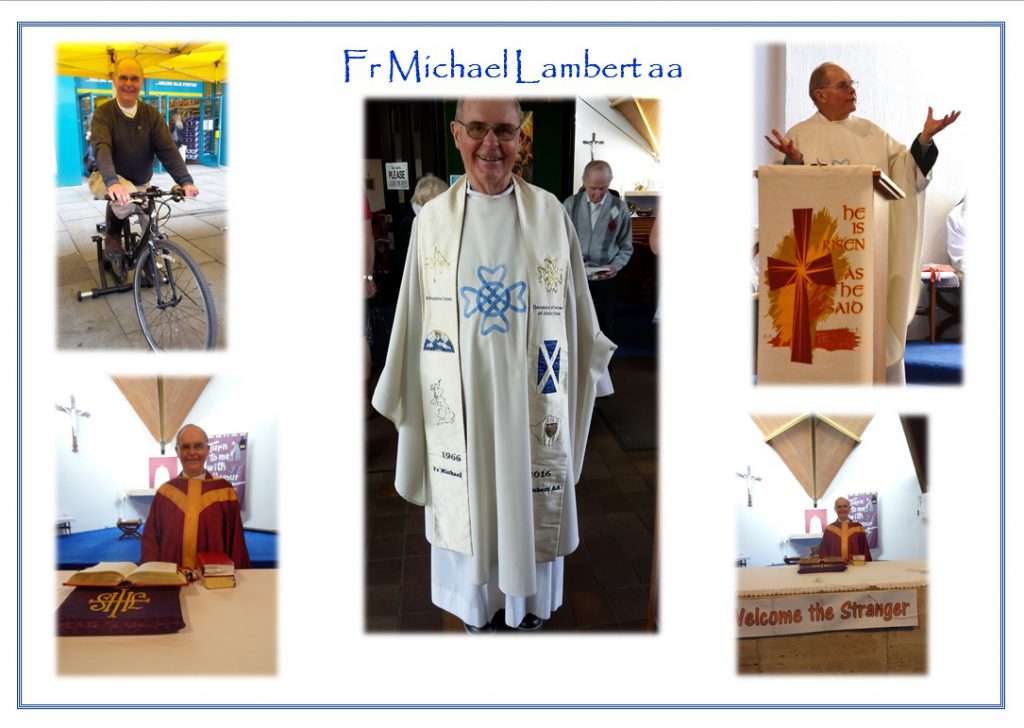